After our exhausting first day in Seoul, we slept in a bit more our second day.  After getting some breakfast at none other than Dunkin' Donuts, it was time to go to Myeongdong for some exploring.  We spent some time there walking around and doing a bit of shopping, then it was on to Mokdong Stadium to catch some baseball.

I had been looking forward to experiencing baseball in Korea, so I was happy to finally get a change to catch a game with Megan and Nate.  Baseball is cheap in Korea (we paid $17 for our general admission tickets and that's expensive by Korean standards), and you can bring in however much food and beer you want to the stadium.  There were people outside selling chicken and beer, so naturally we had to buy some to bring with us for the game.

After our crazy first day in Seoul, it was really relaxing to spend the evening watching some baseball.  Of course it didn't take us long to start cheering for the home team (Nexnen), and luckily we came away with a win. 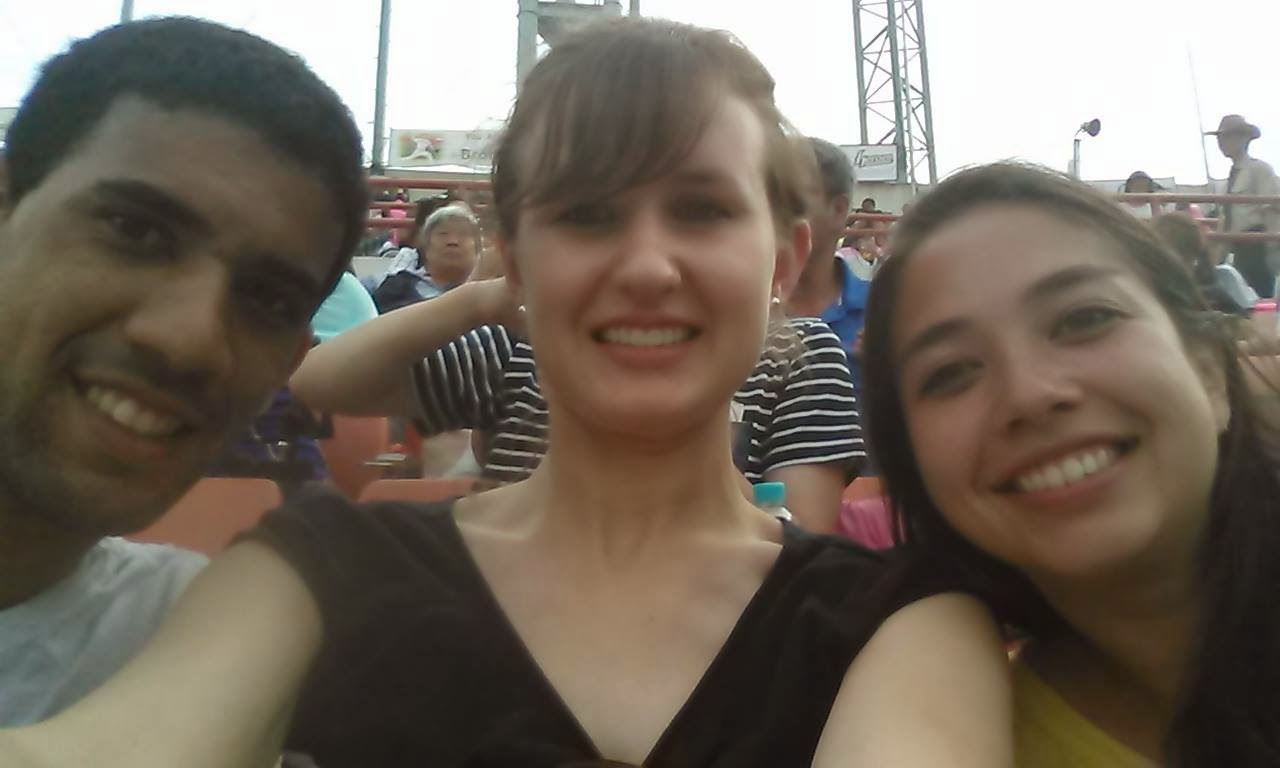 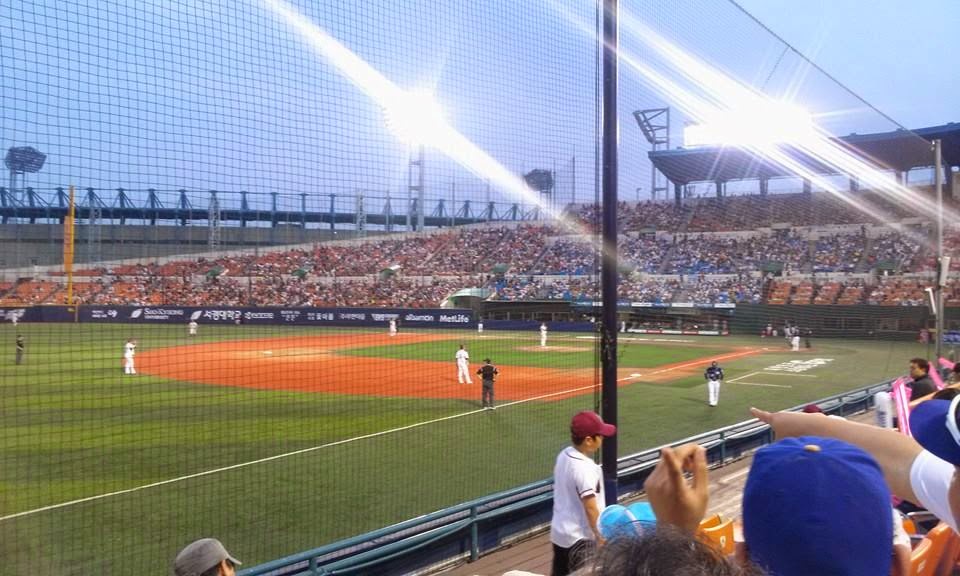 After the game finished, we headed back to Hongdae, and by that point I wasn't feeling well, so I was pretty much done for the night.  Turns our my body really doesn't like fried food these days--every time I eat really greasy food I feel like I just want to throw up.  I'm kind of afraid of what is going to happen when I go home and start eating American food again!

Sunday it was sadly time to bring Megan and Nate back to the airport.  Two weeks went by so incredibly quickly, but I'm thankful that they were able to experience a glimpse of my life in Korea, even if it was only for a short time.

While some people love trips to airports, they always make me feel incredibly anxious.  While airports can be incredibly happy and exciting places, they're also filled with goodbyes.  As I sat in the airport, all I could think about was the fact that after coming home to visit in a few months, I'm going to have to say goodbye to everyone again.  I like to think it will be easier the second time around, but I think that's far from the truth.  I've said it before, but leaving for Korea and saying goodbye to everyone at home was the hardest thing I've ever had to do.  Thinking about doing it again? Ugh, it's draining, even if this time I'll know what's waiting for me in Korea.

However, right now I'm not going to dwell on it because the only good thing about saying goodbye to Megan and Nate was that I could say "See you in two months!" and know that the next time I see them I'll be back in my home country!!!!!!!!
Posted by Sarah at 8:12 PM