Moments from the classroom

Korea's English program officially starts with third grade. However, once a week I see first and second grade even though technically I think that's against the rules...but I just do as I'm told.  Regardless, although I only see these classes once a week, they have provided plenty of comical (and sometimes frustrating) moments.

On Friday one student was about to leave the class when I asked where he was going.  He answered "화장실" which means bathroom.  I understood this because....well, bathroom is one of those words you learn within what, you're first week in Korea?  To make sure I got the point though, his friend grabbed a piece of paper and drew this for me: 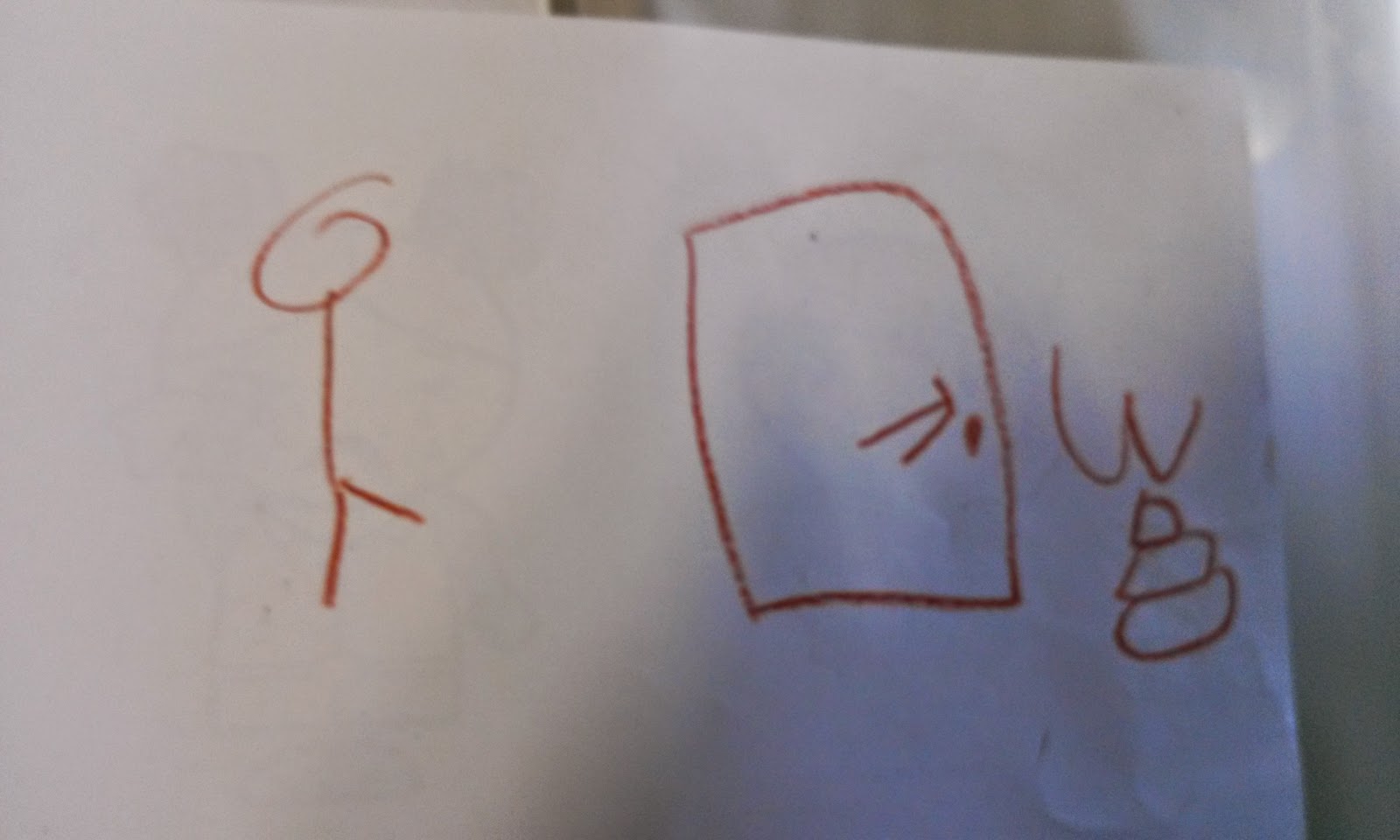 Yes, that is a butt with poop coming out.  Good to know I can count on these second graders to help me with the language barrier.

Another interesting thing about teaching first and second grade is seeing the difference between my male and female students.  Ok, so not all of the females are perfect angels and there are some boys who are wonderfully behaved, however overall the girl students are the ones keeping the boys in line during class. Although, nothing shows the differences between the boys and girls as much as when they draw.

For example, recently I have been teaching the students emotions so that they will be able to answer the question "how are you?"  I gave them a blank face and they had to draw an emotion and correctly complete the sentence on the top of the paper.  Overwhelmingly, the boys chose to draw "angry" with pictures like this: 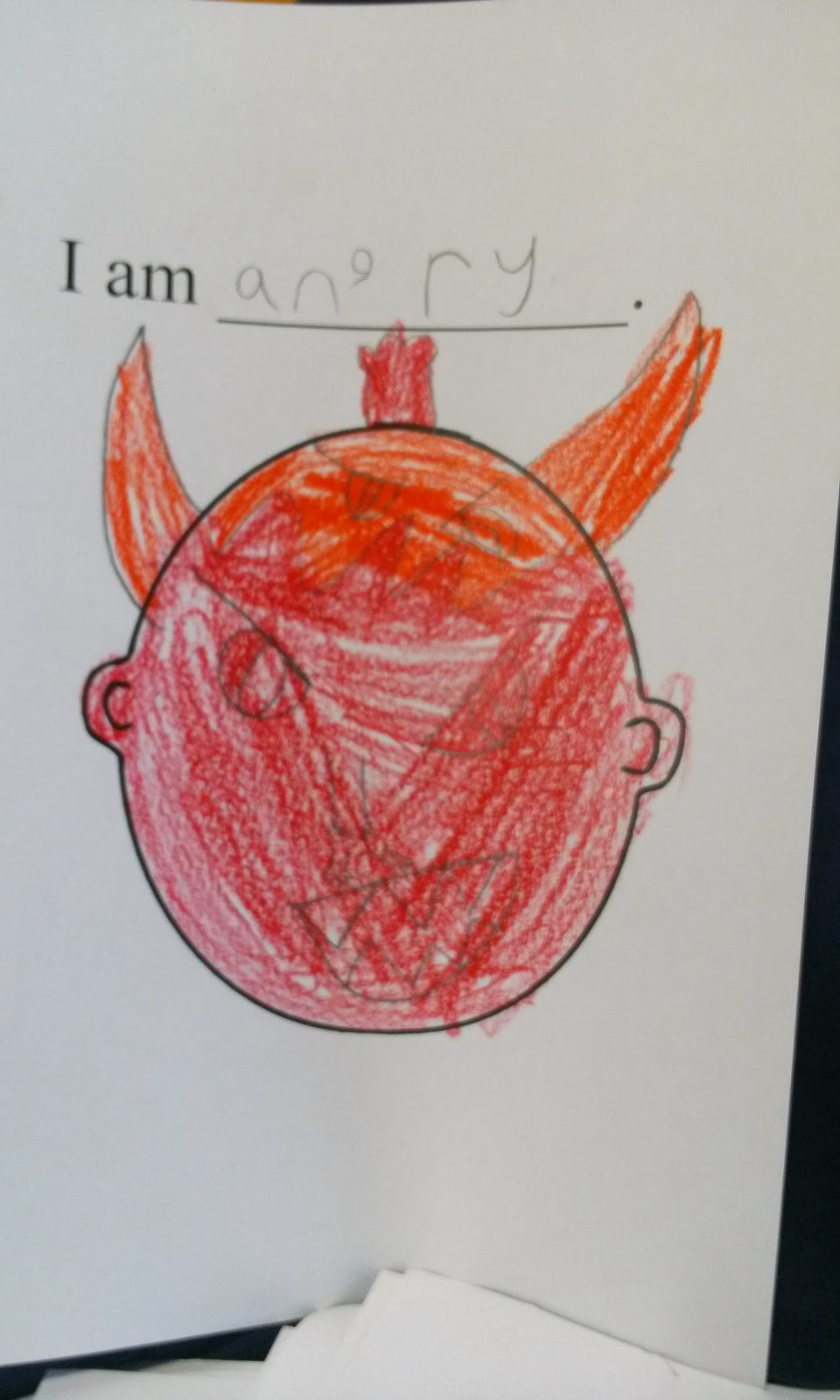 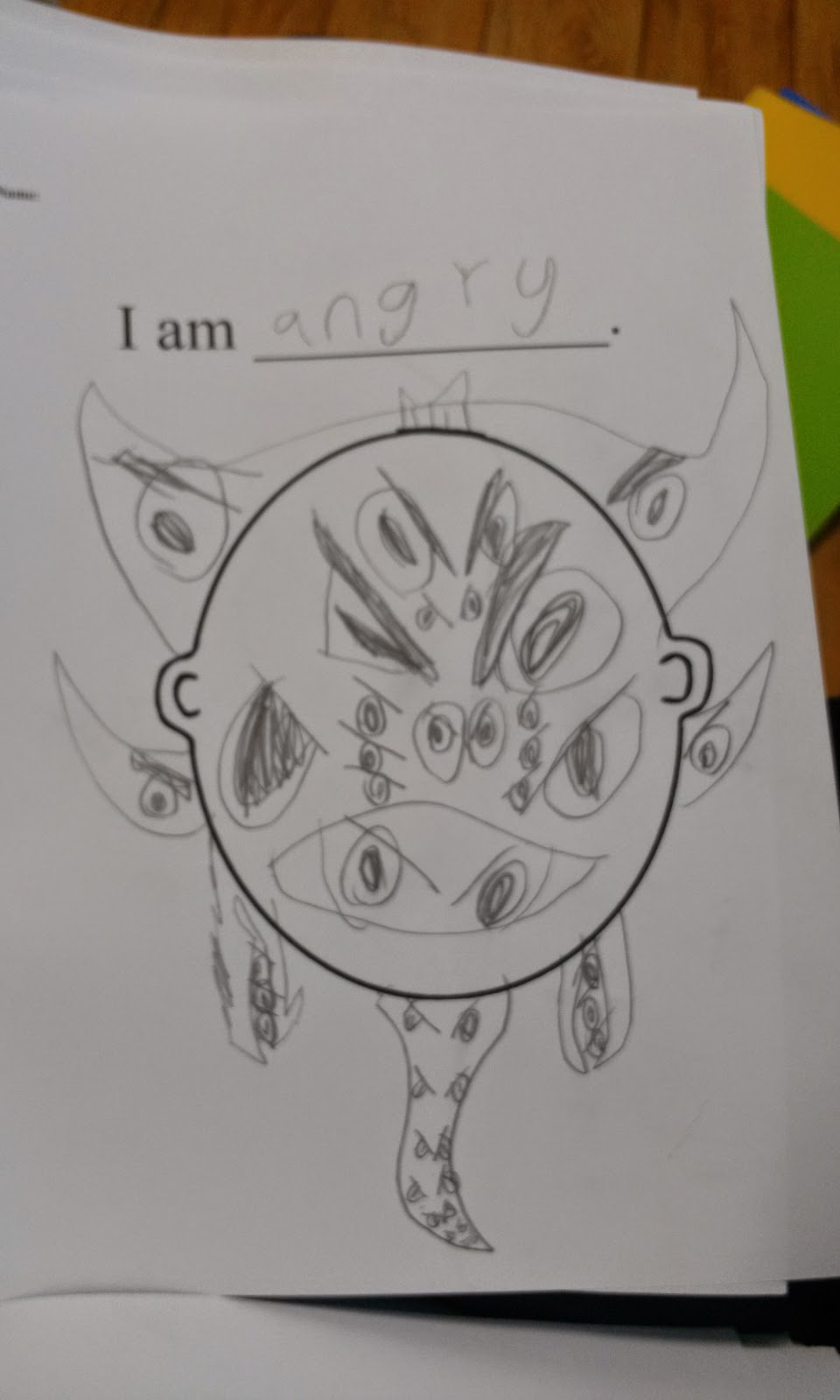 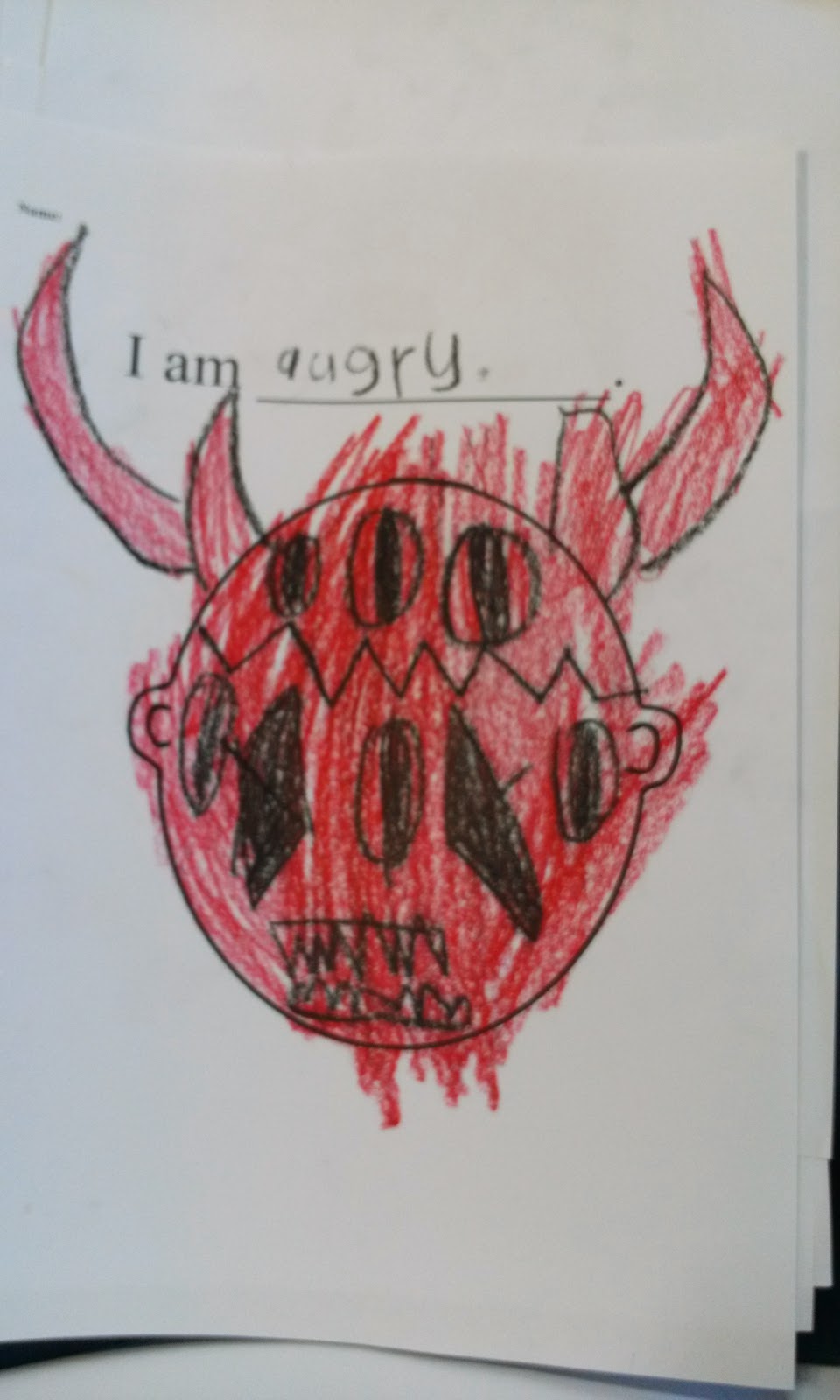 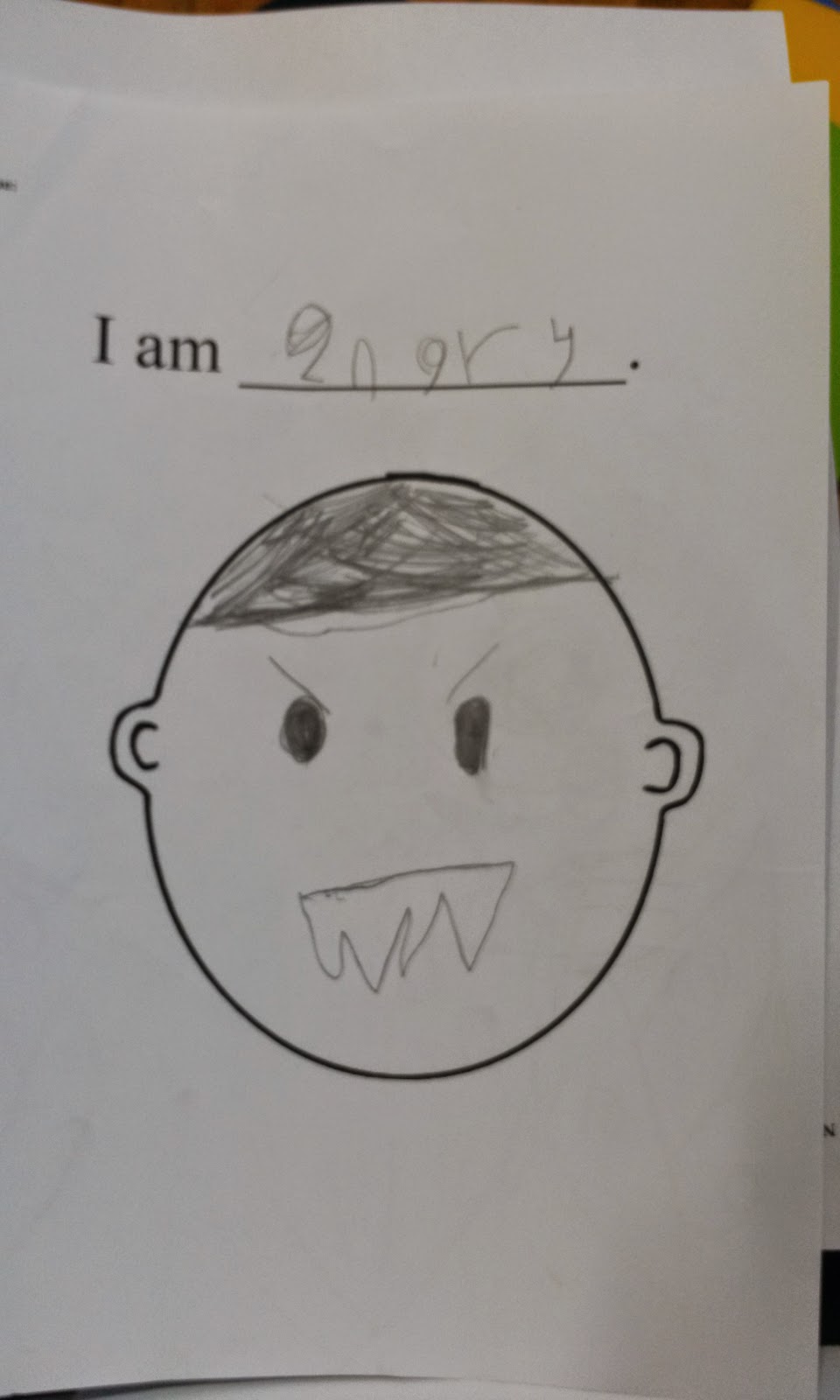 The girls on the otherhand, overwhelmingly chose to draw "happy" with pictures like this: 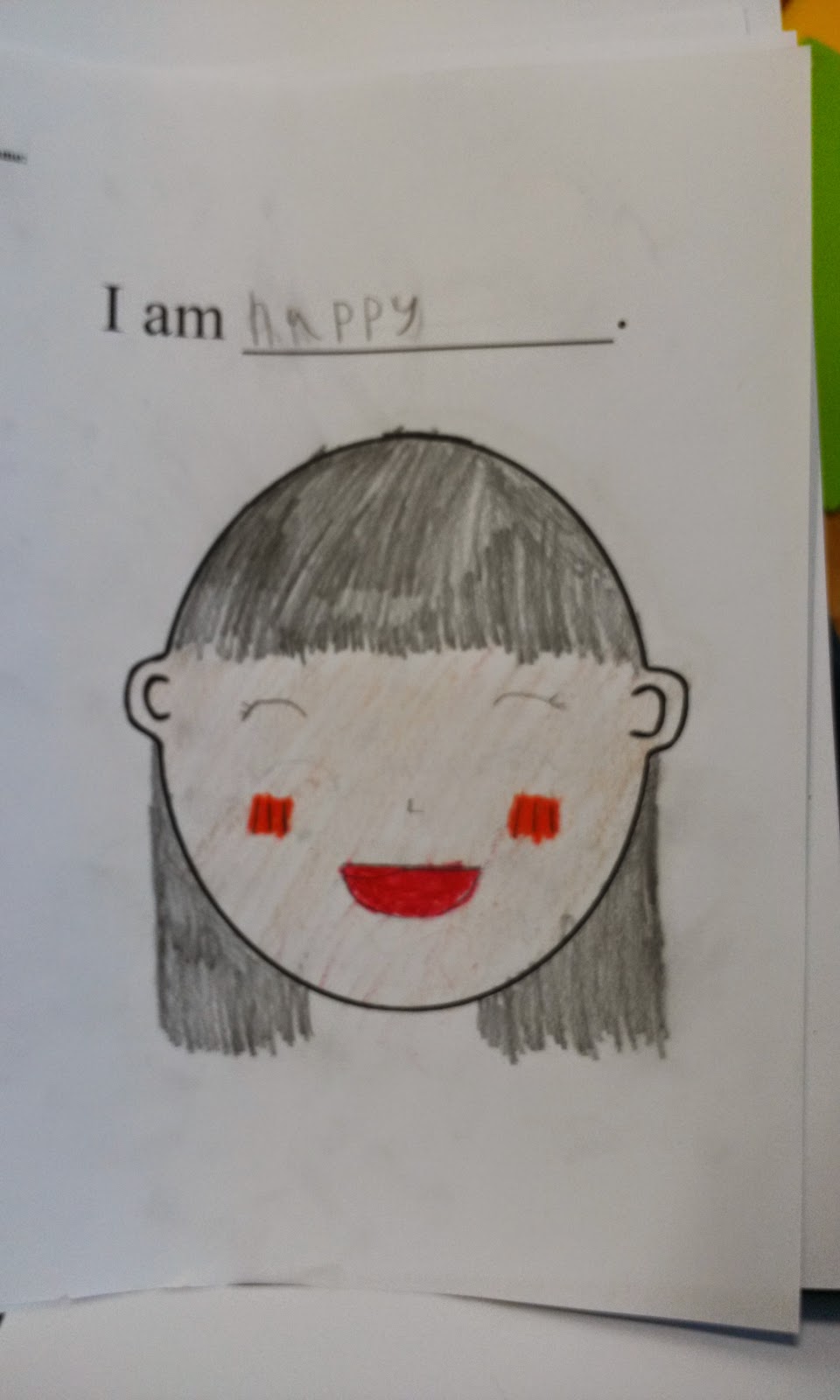 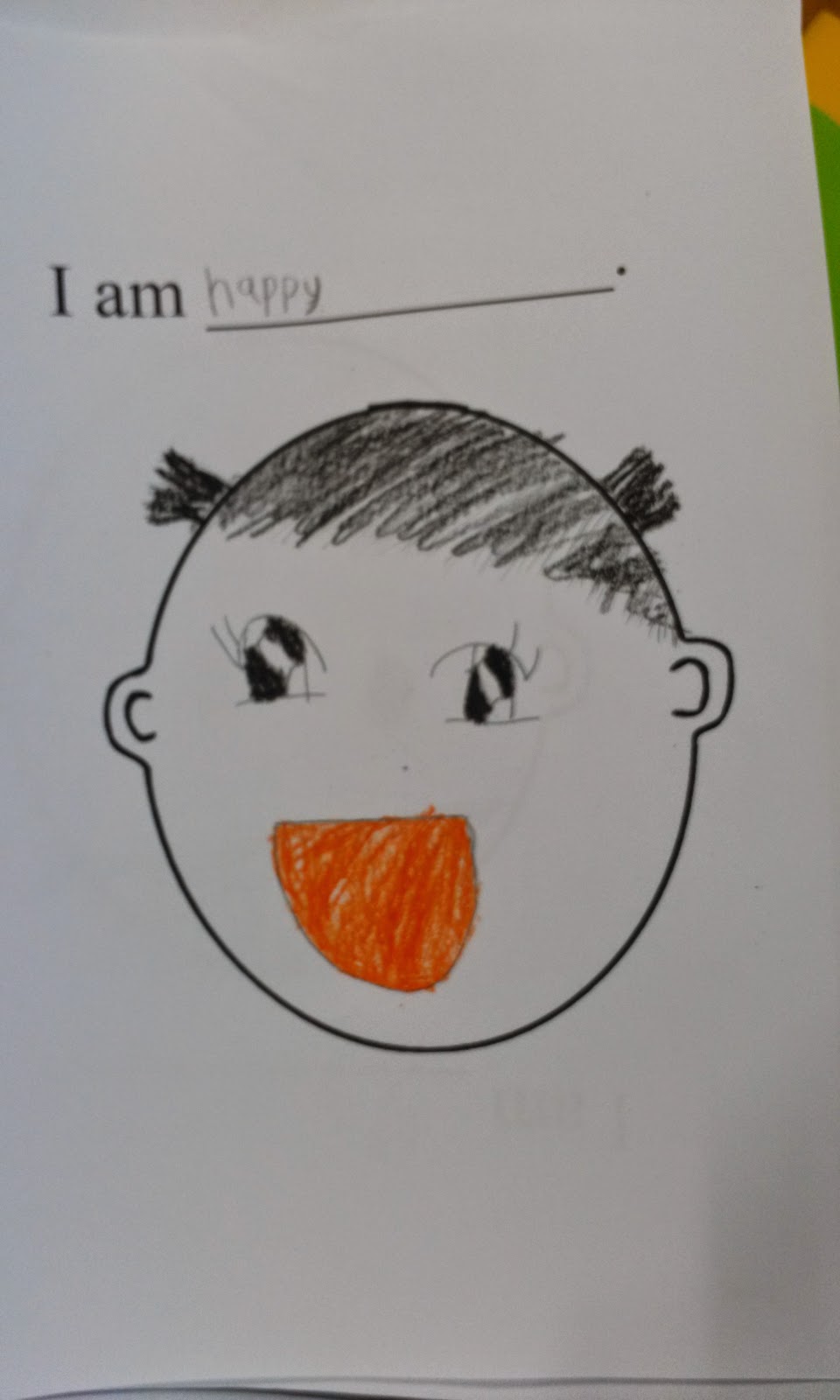 I love you first and second grade. Don't ever change.

Email ThisBlogThis!Share to TwitterShare to FacebookShare to Pinterest
Labels: teaching