I just realized it's been about two weeks since I've written anything on here.  I guess that's mostly due to the fact that I haven't been doing anything particularly interesting recently.  I've been staying in Jeomchon on the weekends because 1) there haven't been any events that I'm dying to go to and 2) I need to save money because vacation is right around the corner.  I don't know my official vacation dates yet, but I will have my long vacation in January, then I'm going to China over the Lunar New Year.  Lots of exciting things coming up, but in the meantime I need to lay low for a while.

Anyway, today was one of the most random, but pleasantly surprising days I've had in quite a while.  Here's a rundown of my Monday...

It all started out perfectly normal with my pleasant fifth graders.  They're one of my favorite classes--they listen, participate, and many of them are very high level students.  However, my day takes a sharp turn for the worse once fifth grade leaves.  In the minutes following fifth grade's departure my rambunctious and downright rude sixth grades come yelling and pushing into my room.  Without fail they come in and are tackling each other, rolling around in the computer chairs, chasing each other, and yelling unnecessarily loudly about who knows what.  This means I spend the entirety of the twenty minute break before their class putting on my bitchface, telling students to leave the classroom, and guarding the stash of balls in the room that they love to steal and throw around.

Although my stomach always drops when I hear sixth grade coming into the room, I was pushed to my extreme limit today when one student found a book with a picture of an African child.  He was showing it to his friends, and they were all pointing and laughing, as if it this child's face was the most hysterical thing ever.

Ok, The blatant racism in Korea is no secret to anyone who lives here.  I know these kids aren't exposed to pretty much any racial diversity, and they've inherited a lot of their racism from the society they're living in.  BUT STILL. My blood was boiling, and the most frustrating part of the situation was I couldn't even properly talk to them about WHY their behavior wasn't ok.  They knew I was angry, but I don't think these particular students understand more then "hello", so I think everything I said was pretty much lost upon them.

So, fast forward another ten minutes and as I was writing something on the board one of the boys started to cry.  I have no idea why, but luckily as the bell rang the homeroom teacher came in and the next thing I knew all the students were sitting with their eyes closed and their hands on their heads.  About five of the craziest boys were standing with their hands in the air.  The homeroom teacher continued to yell at them for about seven minutes, as all of their hands were still up.

I've never seen these kids so quiet in my life.

I should mention that this kind of punishment isn't uncommon in Korea.  Actually, corporal punishment was only outlawed a few years ago, but this kind of thing is still frequently used.  It's not uncommon to see teachers punish students by making them kneel with their hands up, or stay for a long time in a kind of push-up position.  I've seen this done a lot in both the high school last year and at the elementary school this year.

Anyway, needless to say when I started my class they were all on their best behavior as the boys who were standing in the back continued to stand with their hands up.  I think this was the best class I've ever had with 6th grade--they actually participated and even enjoyed the game I prepared for them today.

Fast forward to after lunch and I had first grade.  Now, I never quite know what to expect with first grade.  They are always without fail super cute, but some days man are they crazy!  Their homeroom teacher doesn't stay for their class so I am literally alone in a room of first graders who don't understand a word I'm saying.  It can be completely insane on the days they decide they want to run around and tackle each other (I swear one class I had three kids cry in one forty minute class), but today they were SO GOOD and SO CUTE!

The absolute highlight was when they were singing and dancing.  It just doesn't get any cuter.  Then, after we finished with the songs, they all sat at their desks and did their writing and coloring assignment peacefully.  Oh first grade, why can't you always be so well behaved? 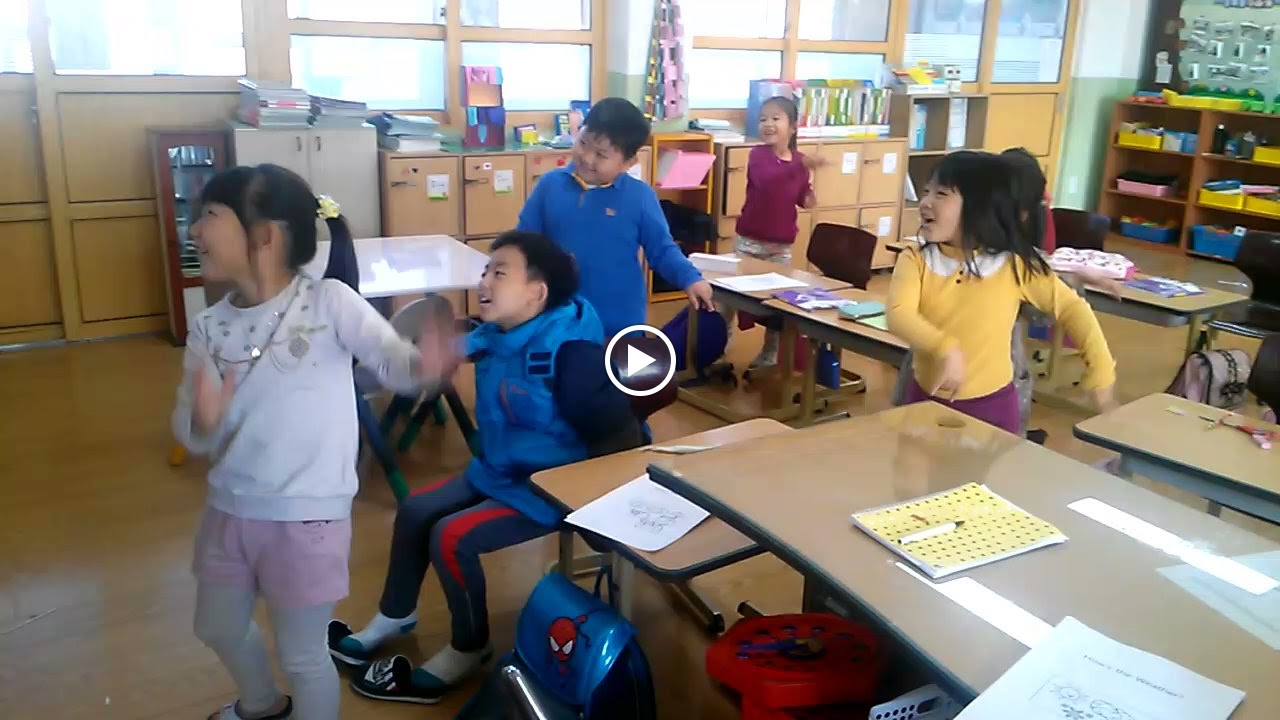 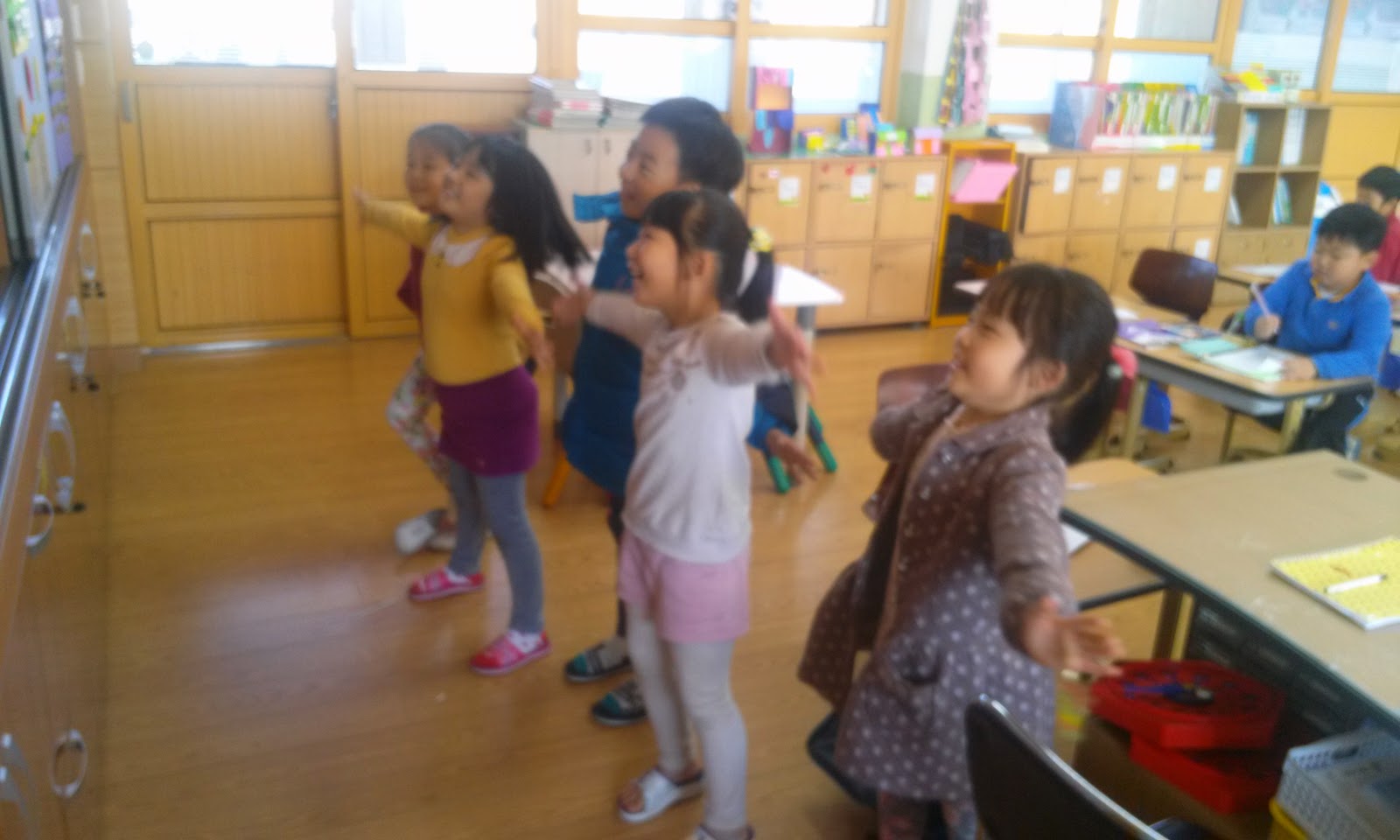 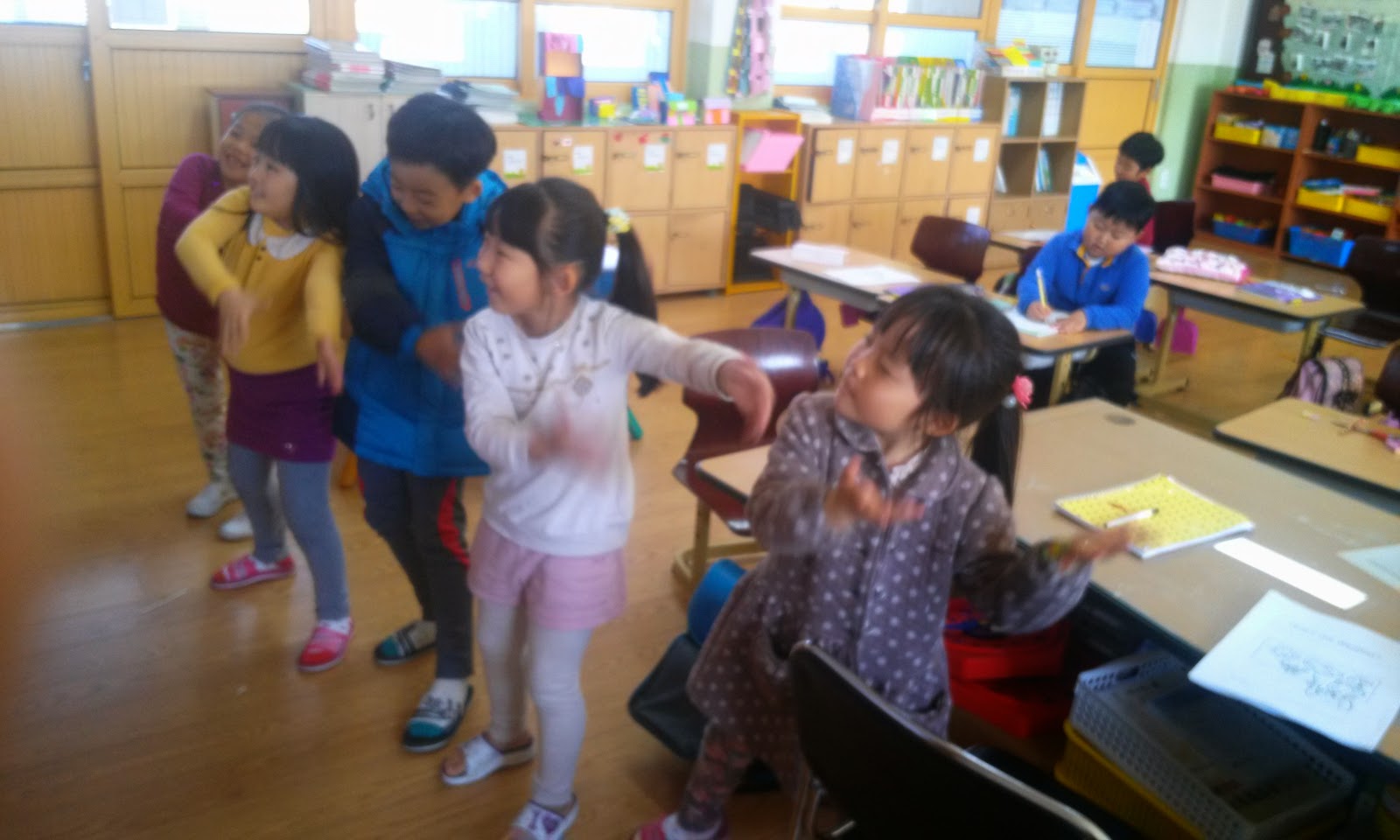 After first grade I had fourth grade.  When I went to their classroom they were in the middle of singing Happy Birthday to one of the girls in the class.  So, instead of having class with them I ate chips and cake with them.  Not a bad way to end my classes for the day.

The next surprise of the day happened as I was sitting in the office.  The secretary came over and brought me a package from my wonderful mother full of yummy goodies. 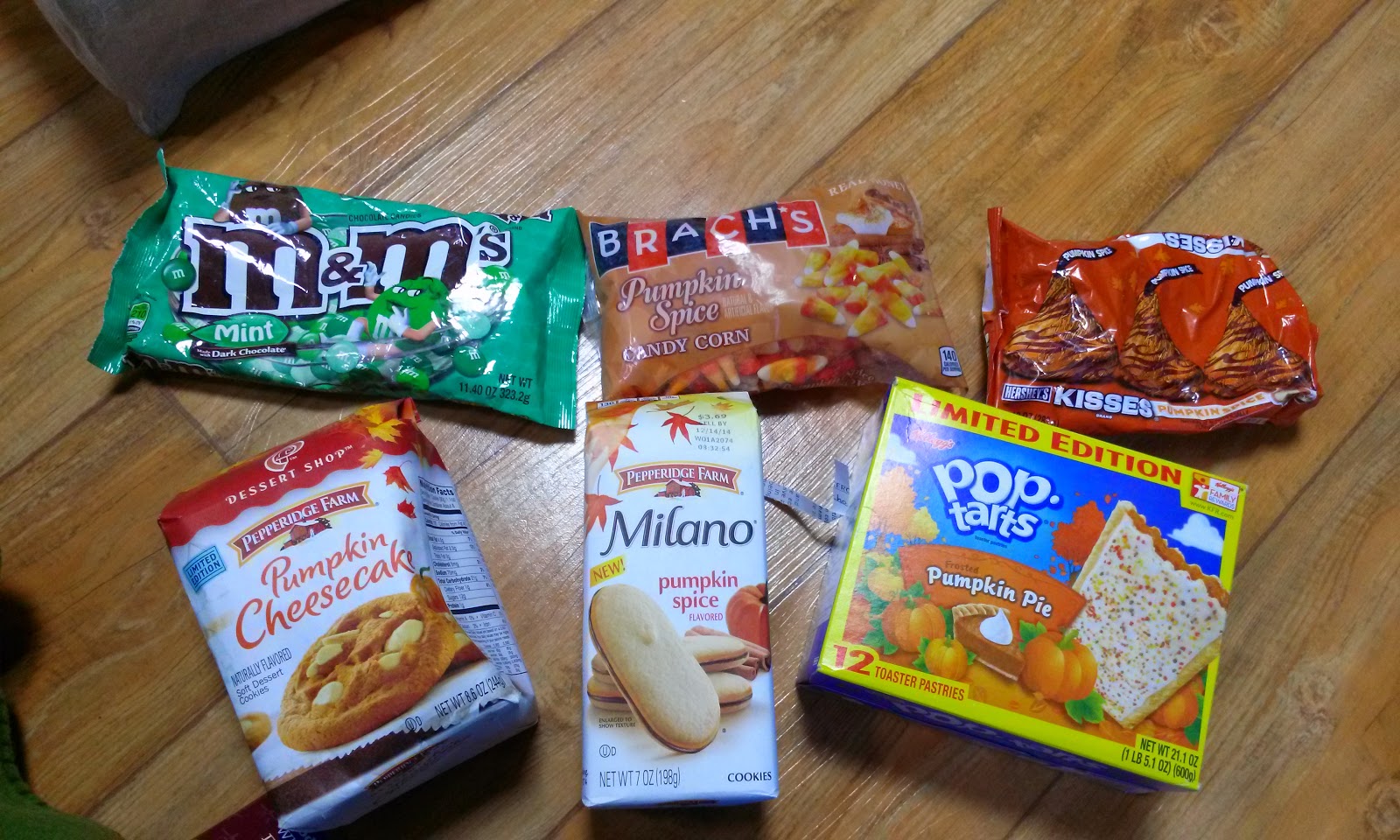 Thanks, mom!! What a nice surprise to end my day with!