One of the main attractions that brings people to Luang Prabang is Kuang Si Falls.  All you need to see is one picture of these magnificent falls and you'll know that it's a must-see.  I decided to go see the waterfall on my second full day in Luang Prabang.  My hostel had a sign-up to get a ride to the falls, which made it convenient because I didn't have to haggle with any tuk-tuk drivers to bring me there.

I got picked up around 11:30 at my hostel and got into a van that was full of people from where else but Korea of course, along with one French guy and one Chinese guy.  The ride was a little under an hour long and the majority of the time I was holding my breath because of the crazy driving.  I don't know how many times it felt like we were going to run over the bicycles and motorbikes on the road. Our driver also kept pulling out not just one, but two different cell phones while he was driving...gotta love that crazy driving in SE Asia. Although the driving nearly gave me a heart attack, I did get to enjoy the awesome music along the way, which included old school Katy Perry, Kesha, and the song "Barbie Girl."

When we arrived at the waterfall, we got dropped off at the largest waterfall.  What we didn't realize was that we were actually dropped off at the top. Although the large waterfall was beautiful, we all knew there was more to see than that, so we followed the signs that said "to the top."  I was walking alone with the Chinese and French guy from my van (the Chinese guy spoke great English and the French guy spoke very little to none).

As we walked along the path we saw that the path split into two ways, but we followed the signs the best we could.  The further we walked the steeper and narrower the path got. I had talked to a girl at the hostel who said she walked the whole thing in sandals, so I thought we MUST be going the wrong way because it was turning into a legit hike and I was definitely not wearing the proper shoes for this kind of a trek.  We decided that we had to be going the wrong way, so we turned around and went back to the point where the trail split and tried going the other way. 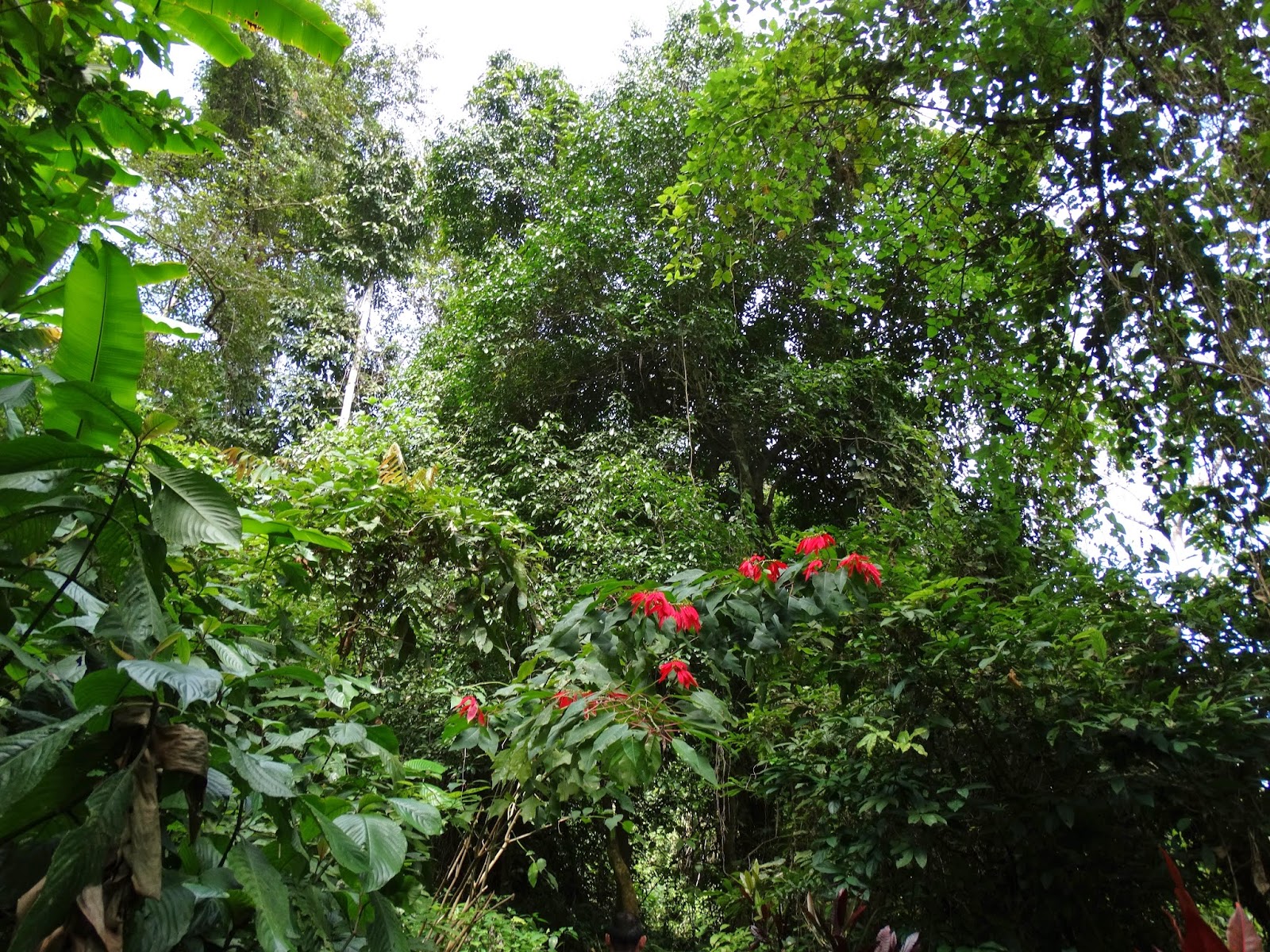 The only problem was, this path was even steeper.  After going up for a little while, we met a man who was coming down and he said he didn't advise we continue because it was so incredibly steep and slippery.  Taking his advice, we turned around and went back down.

Along the way we met a lot of people as perplexed as we were.  We knew there was more to see, but we didn't know how to get there.  It wasn't until we got to the very bottom that we realized that the van had dropped us off at the TOP.  We actually needed to go down to see everything else.

Finally, we were in the right place, and the views were worth waiting for.  There were so many different levels to the falls, and the color of the water almost didn't look real.

There were some places to swim at the bottom, but it wasn't really that warm out and the water was freezing, so no swimming for me! I'm kind of a baby when it comes to cold water.

There's not too much else to say about the falls--naturally there were tons of tourists, but that's to be expected.  Besides that, I think the pictures speak for themselves. Kuang Si Falls is one of those places that amazes you when you're there, but when you look back at the pictures it's still kind of hard to believe that you actually saw it in real life. 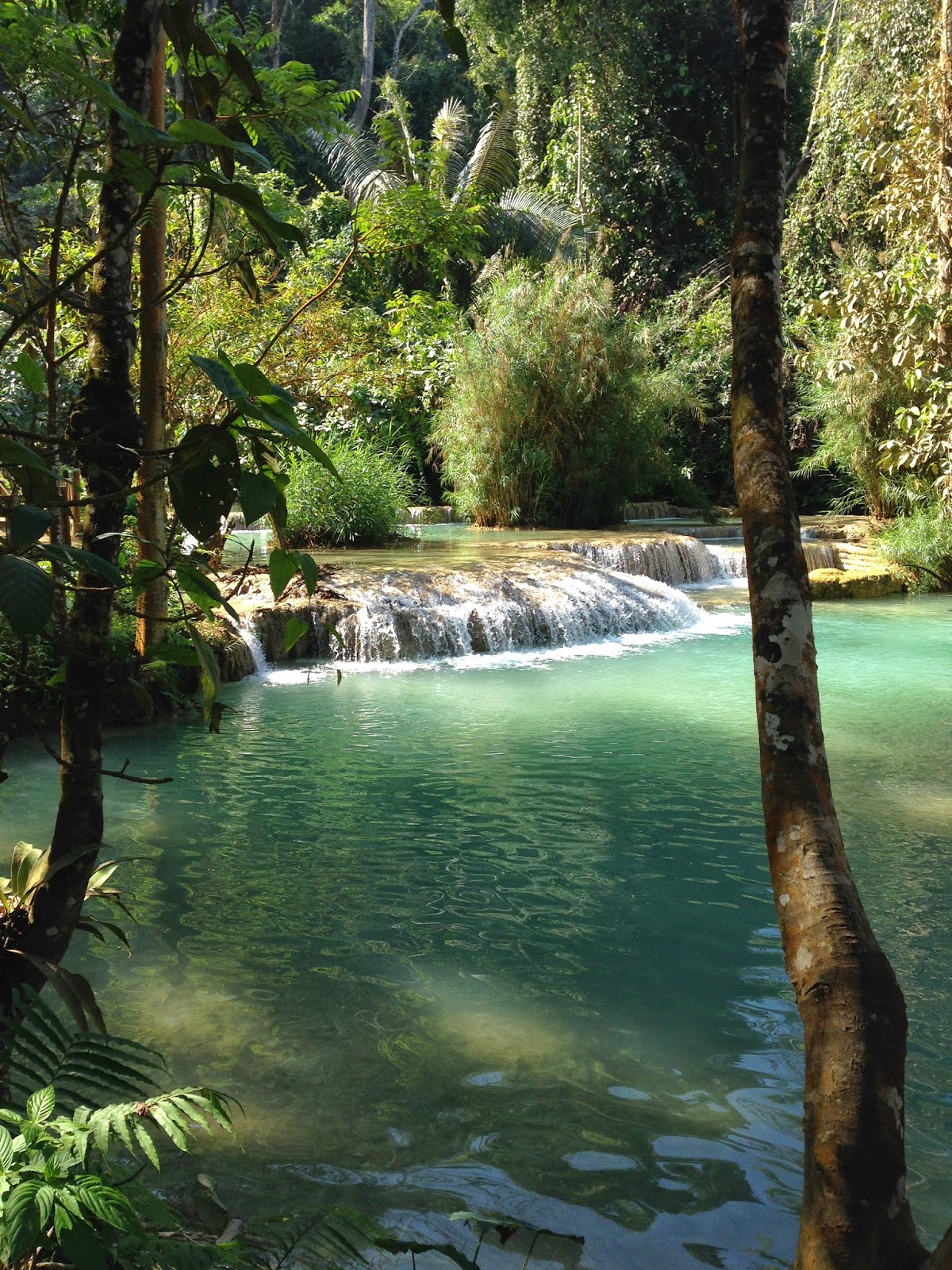 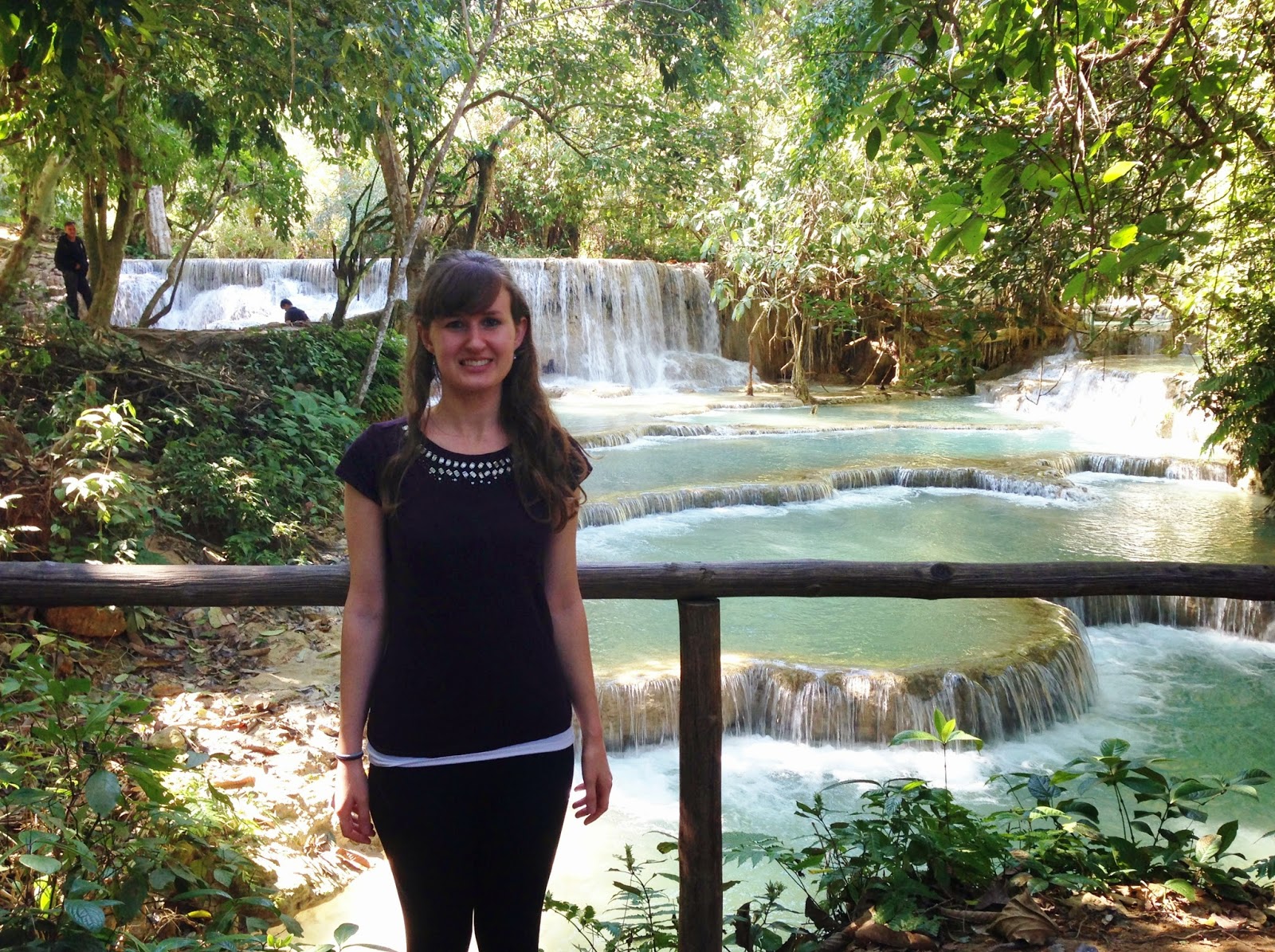 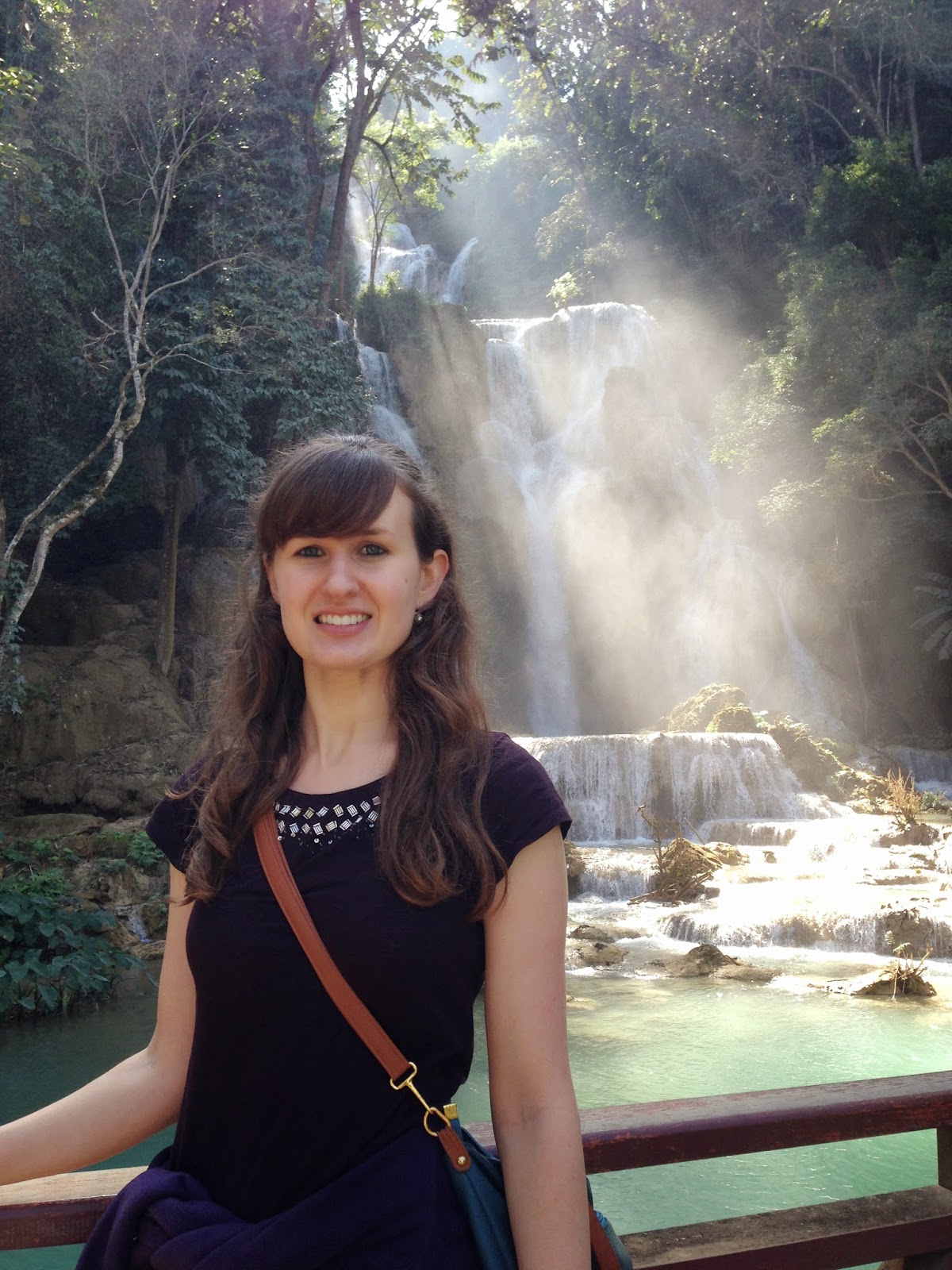 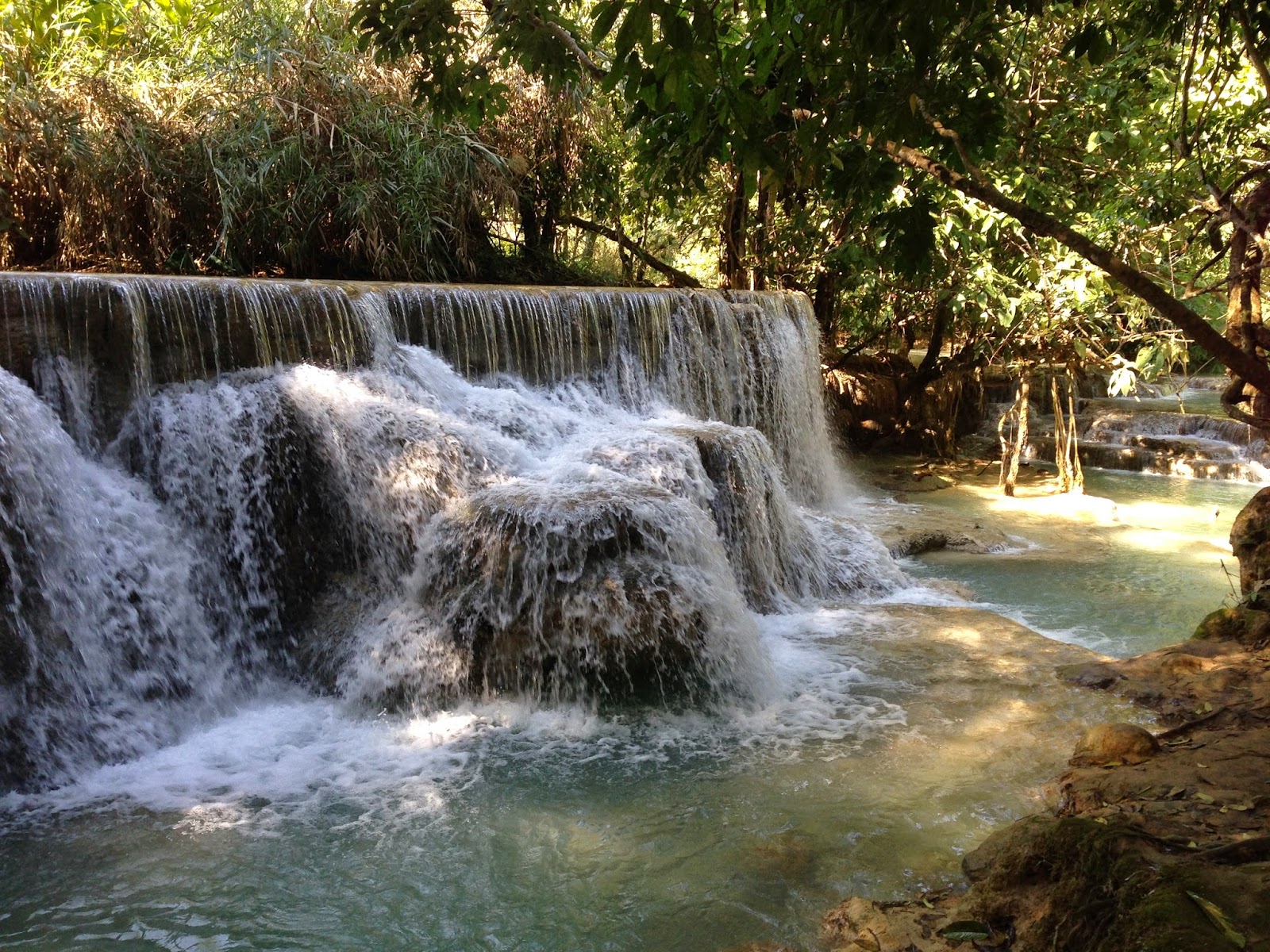 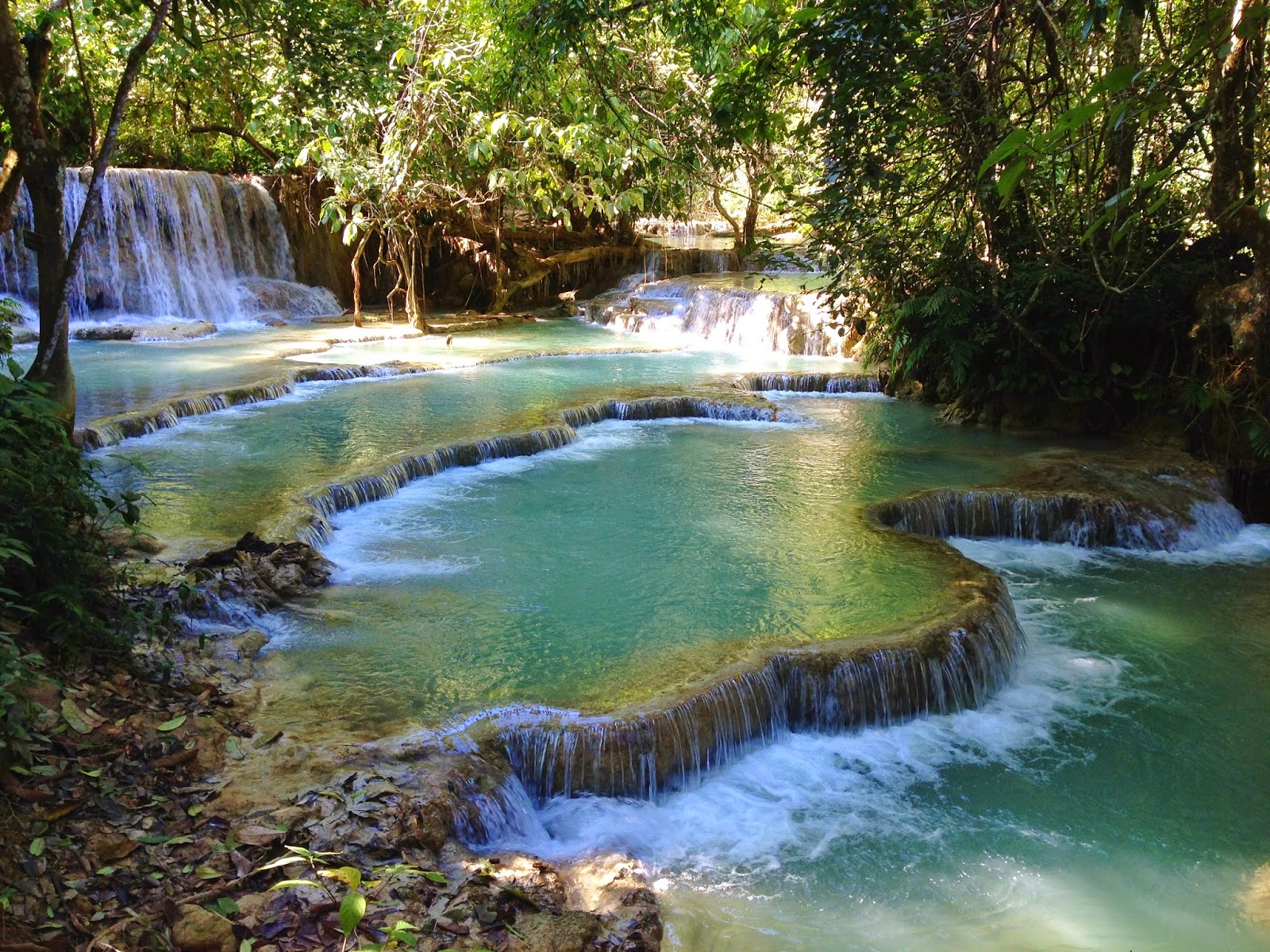 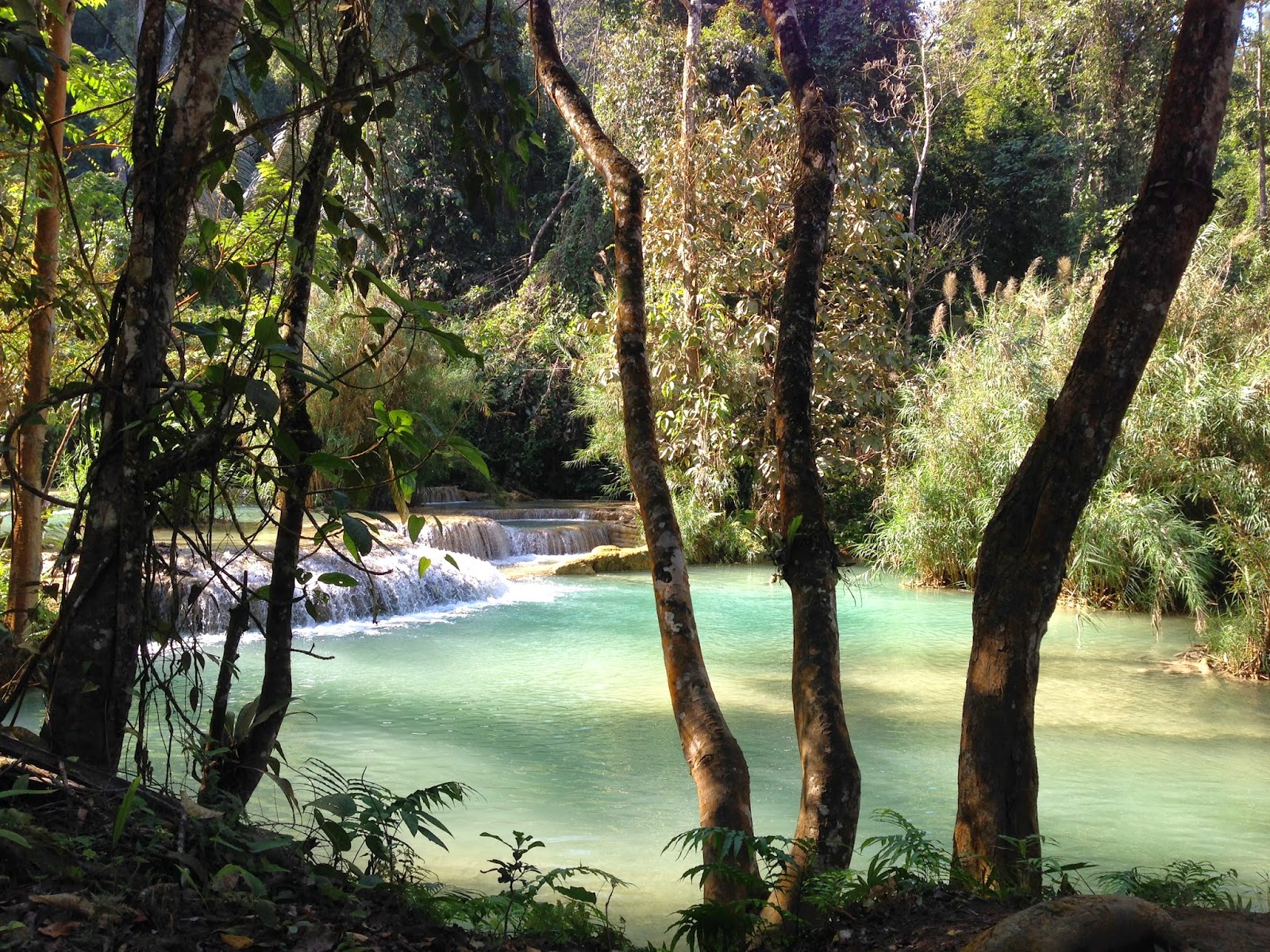 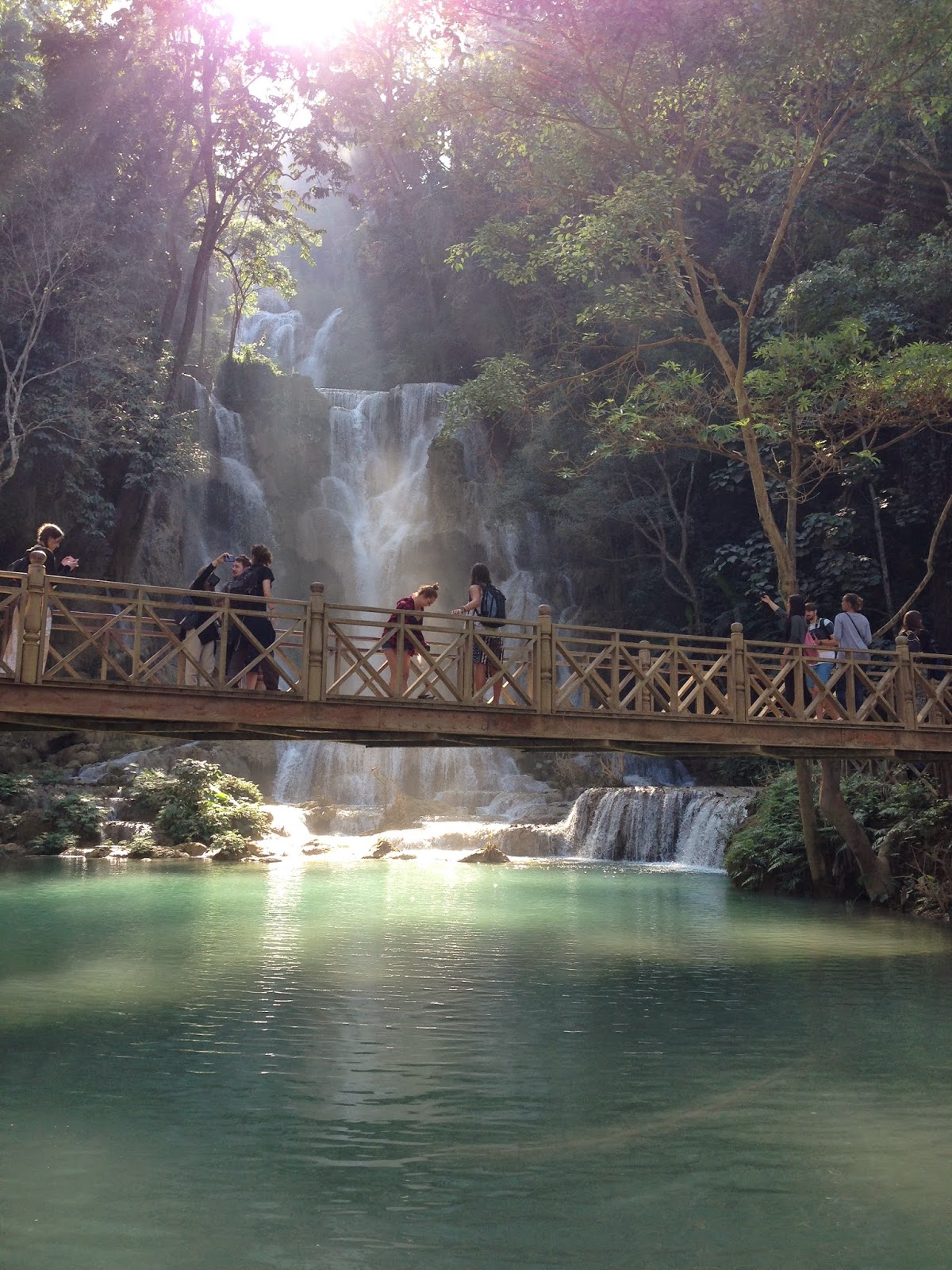 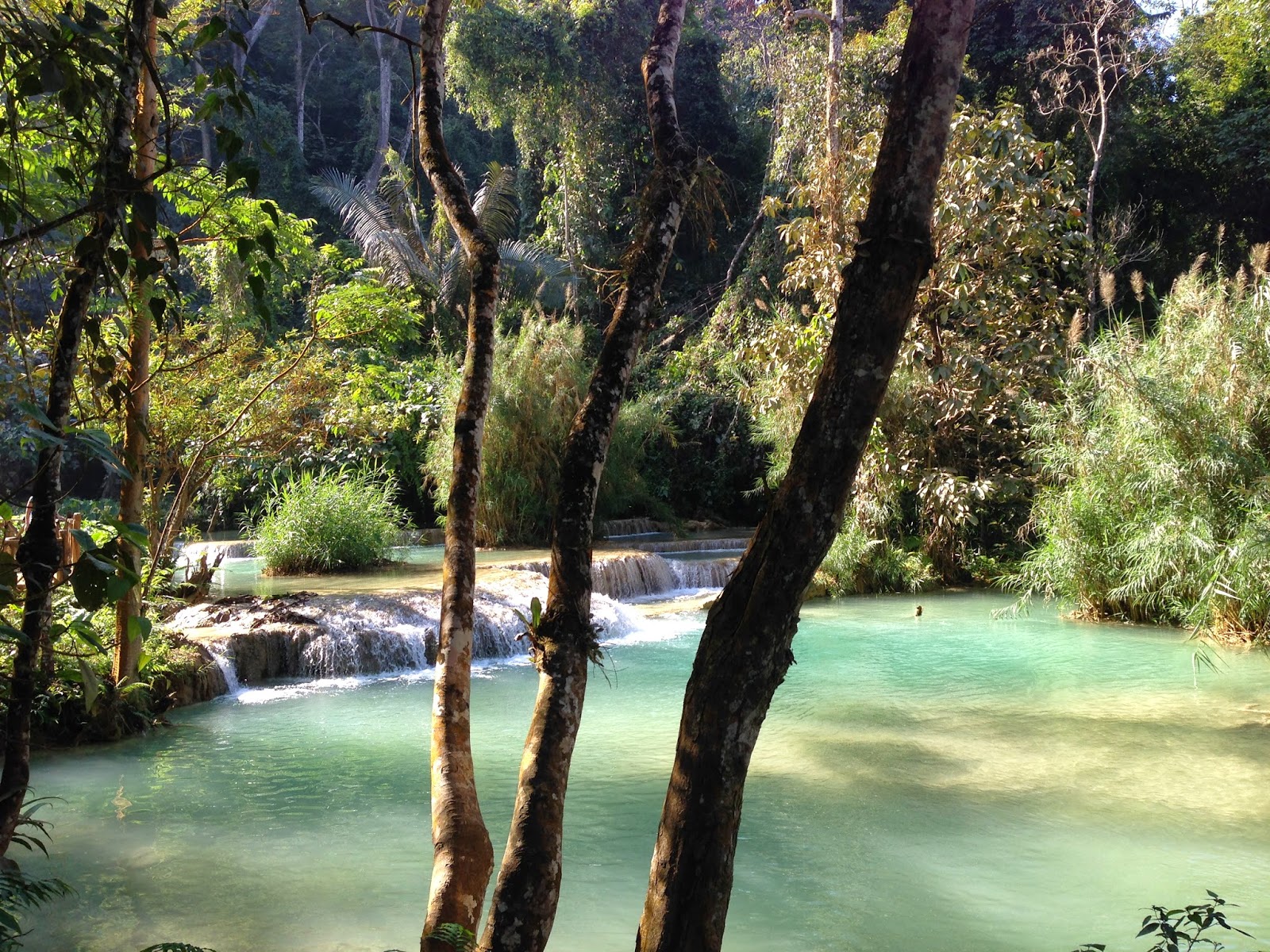 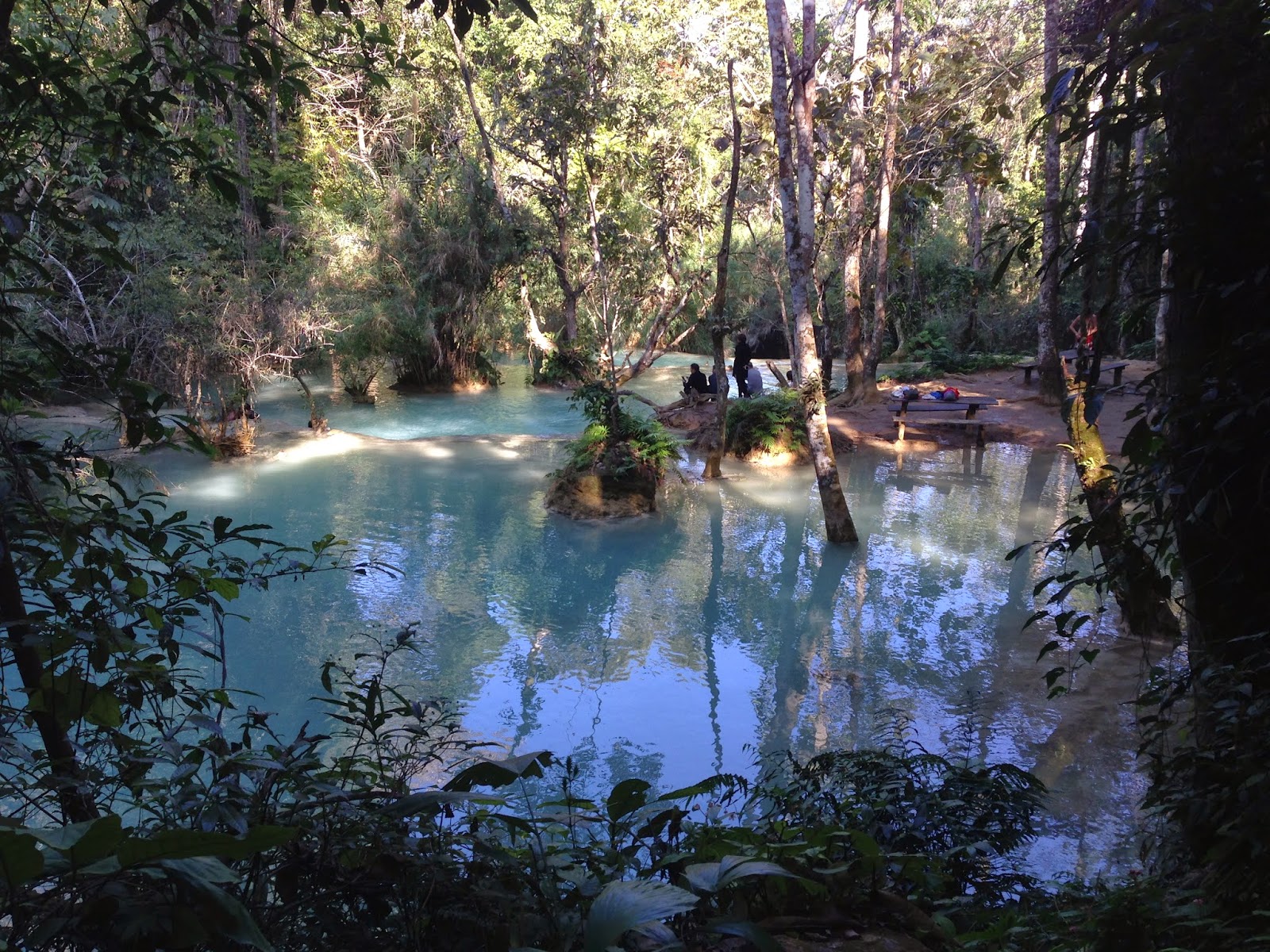 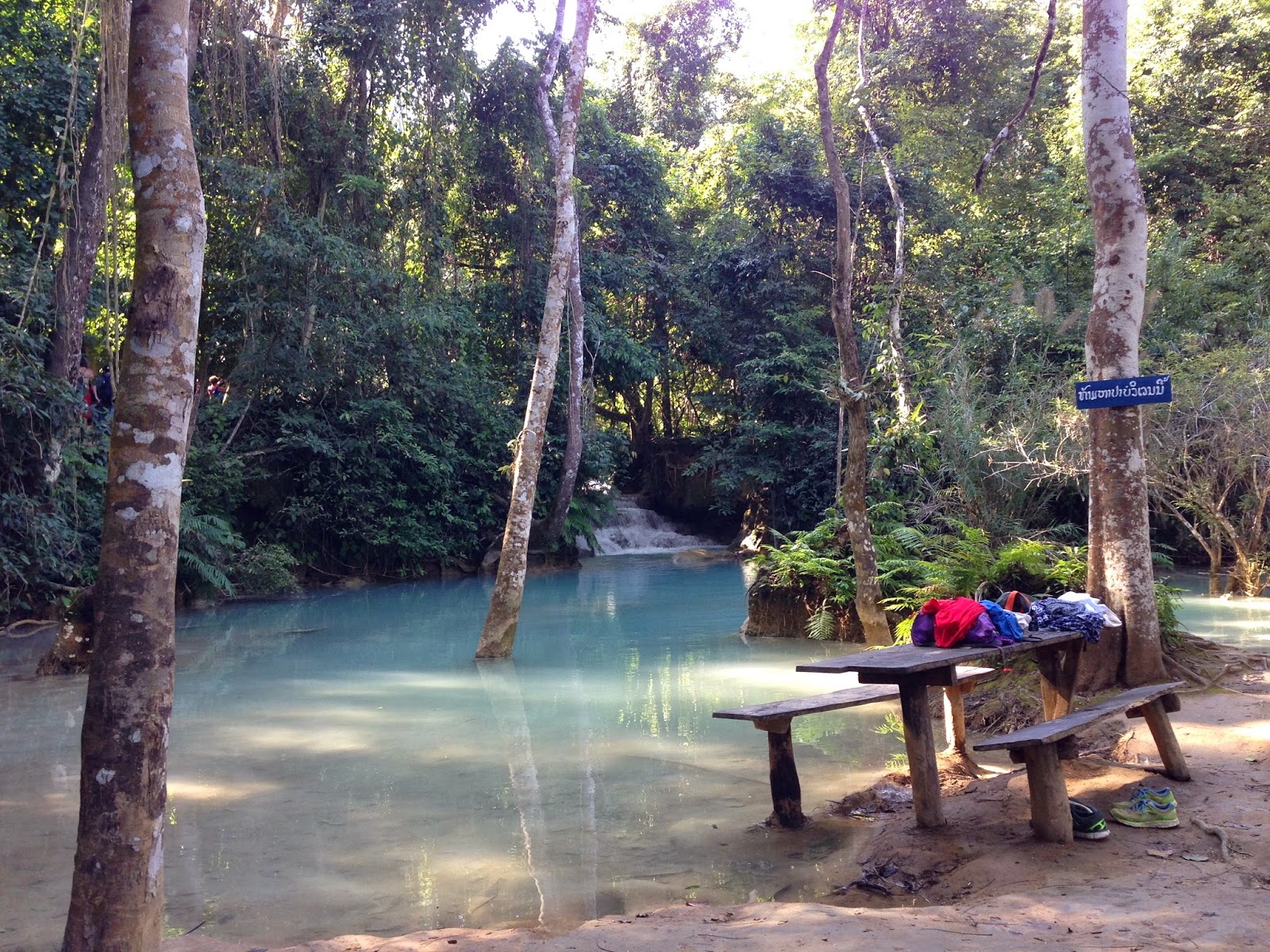 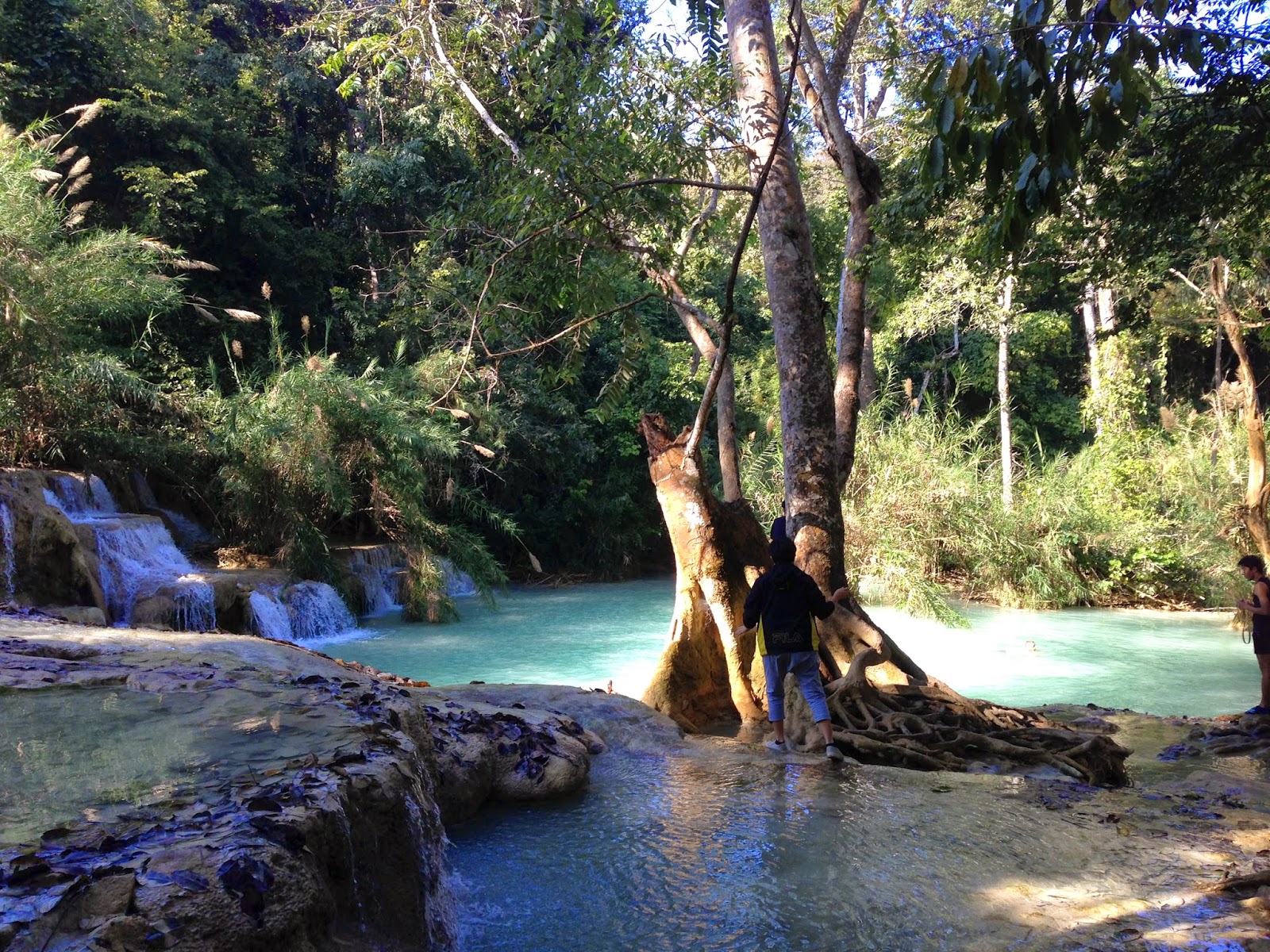 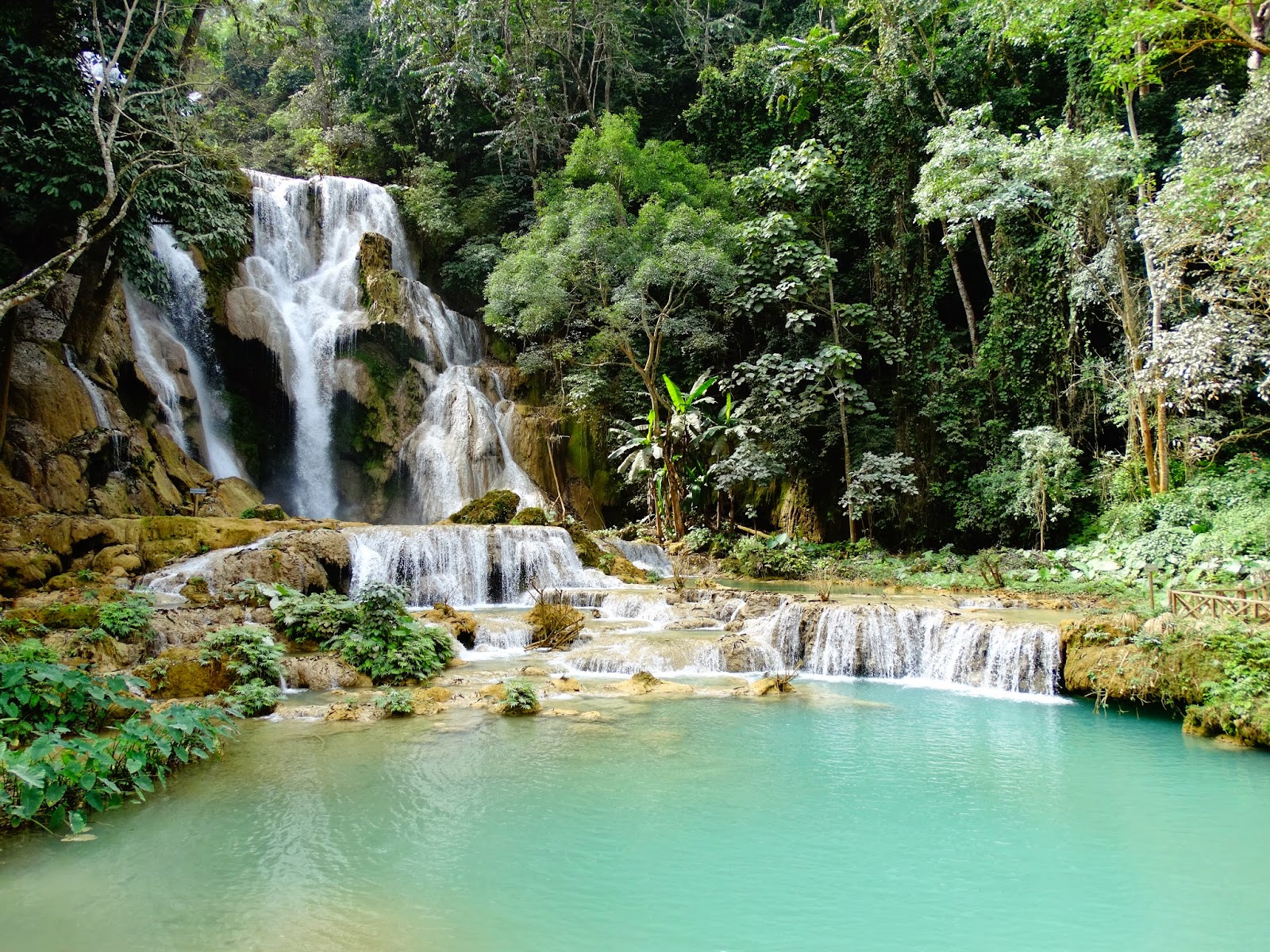 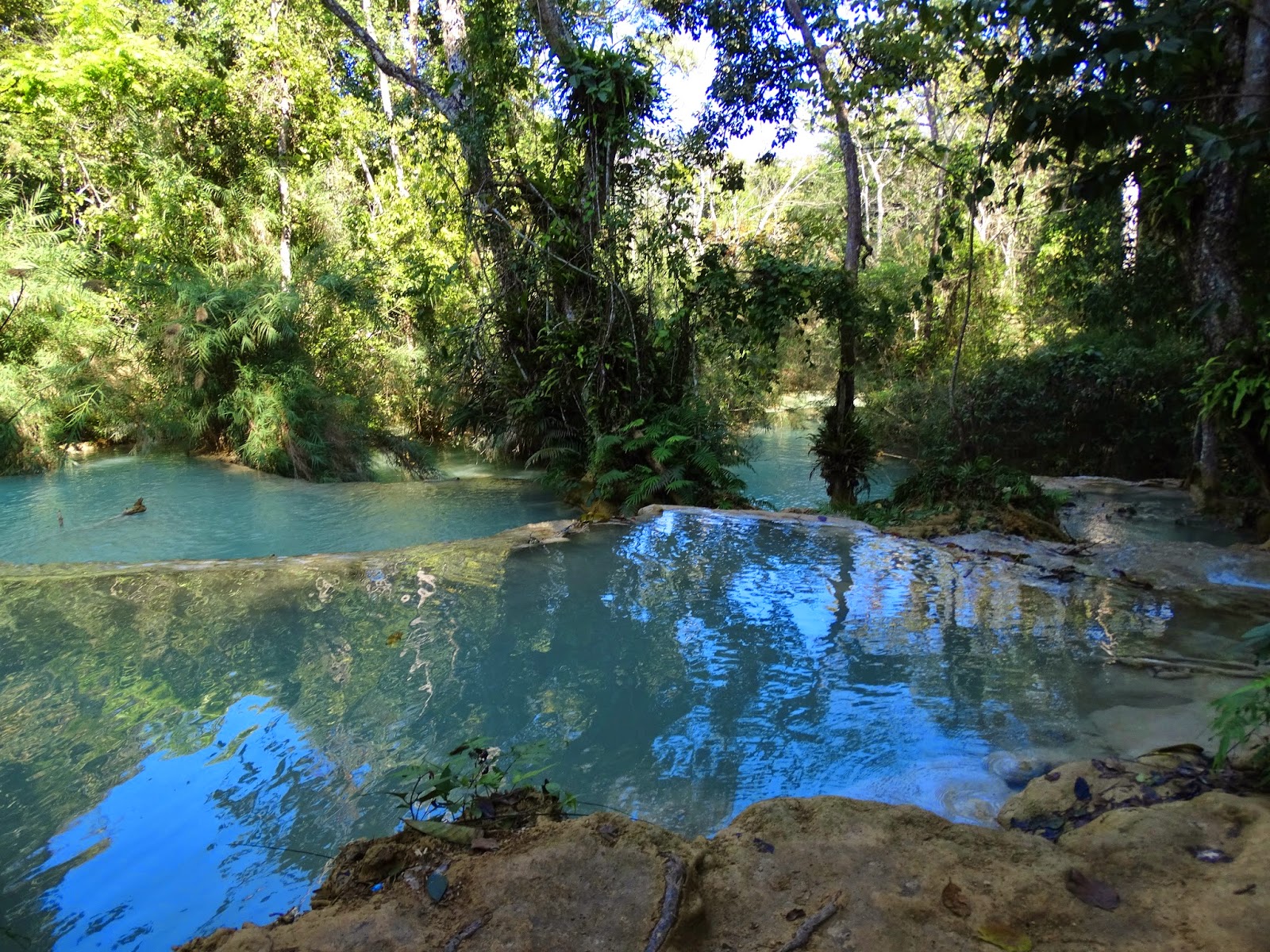 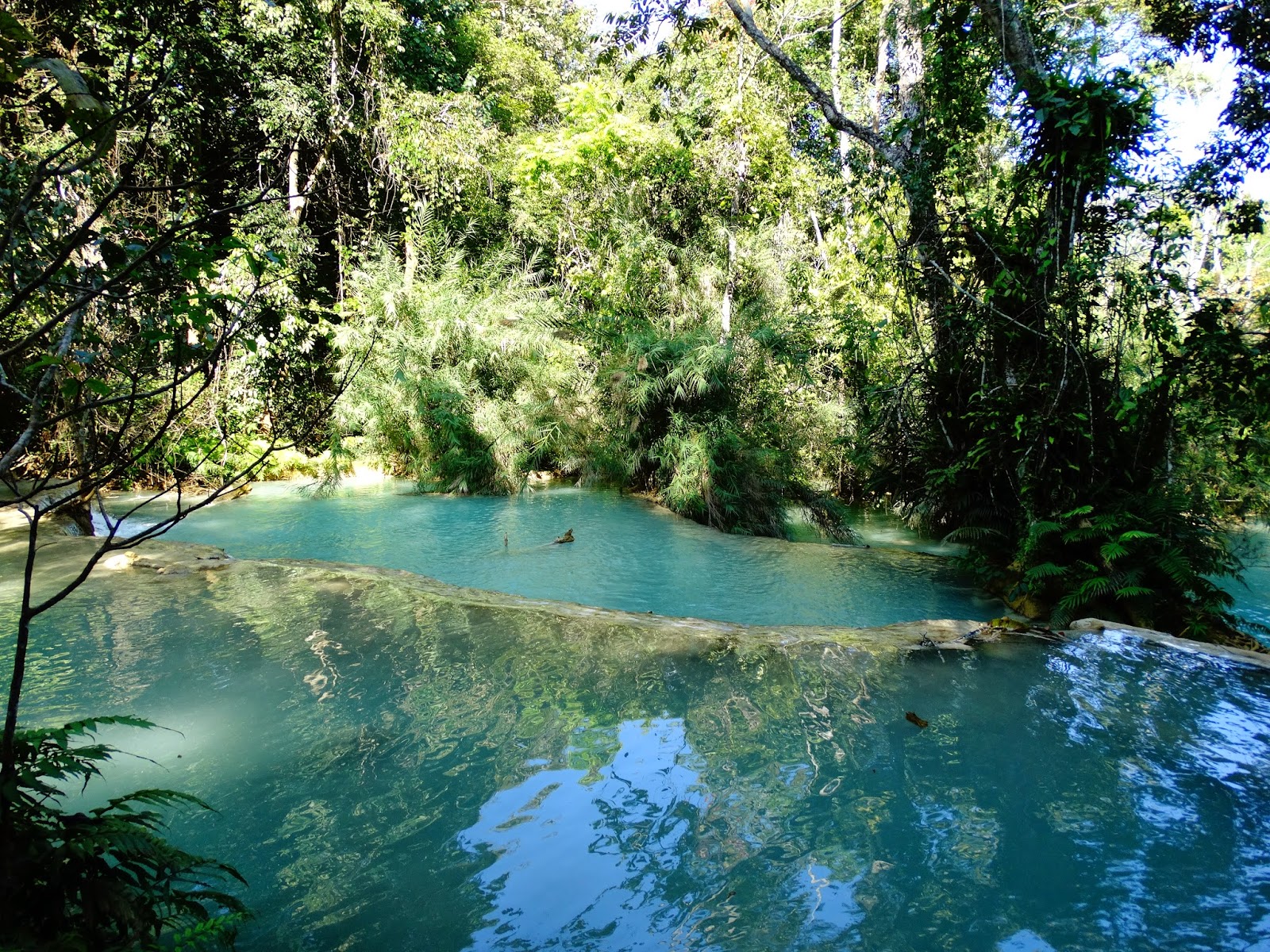 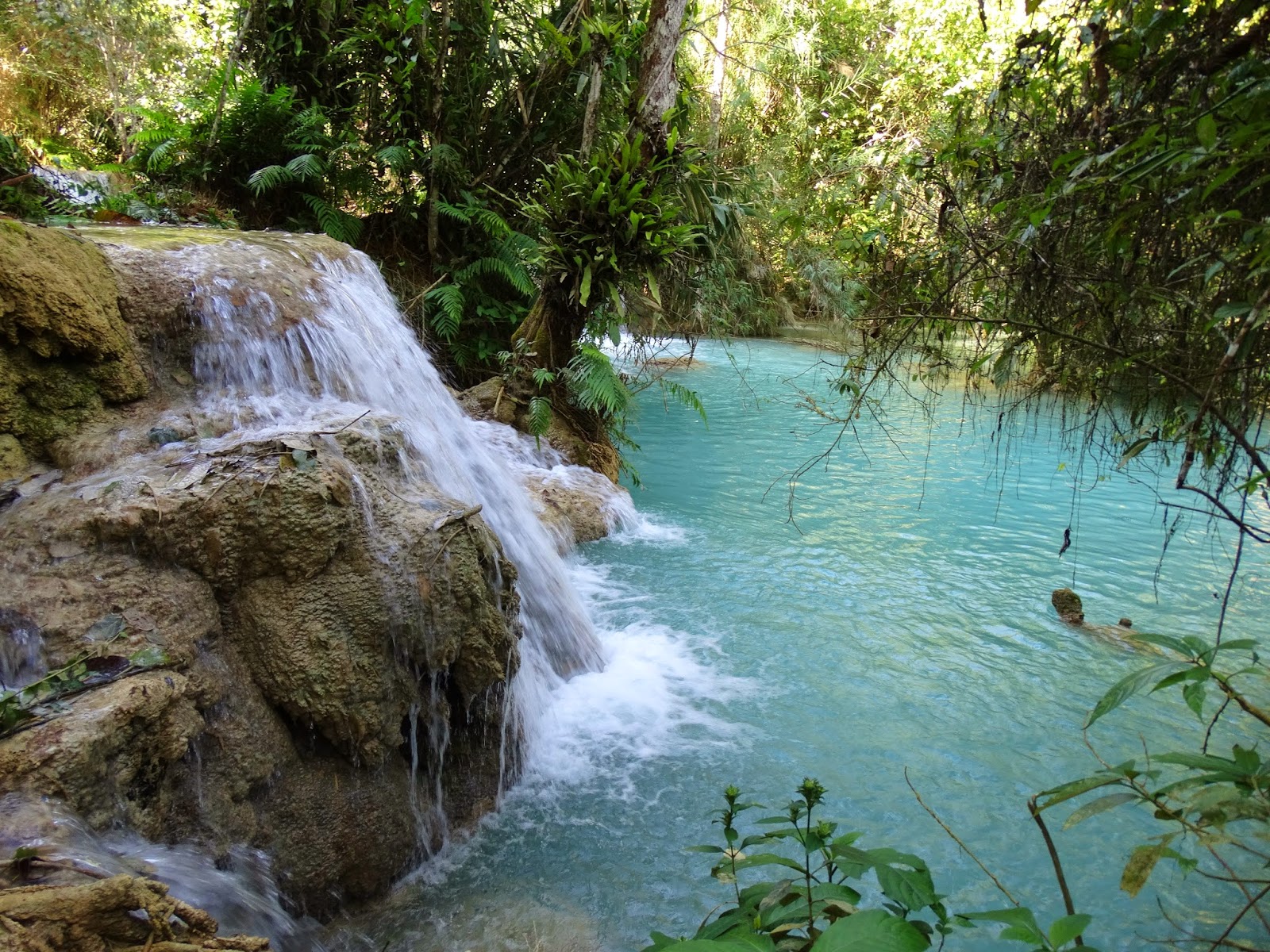 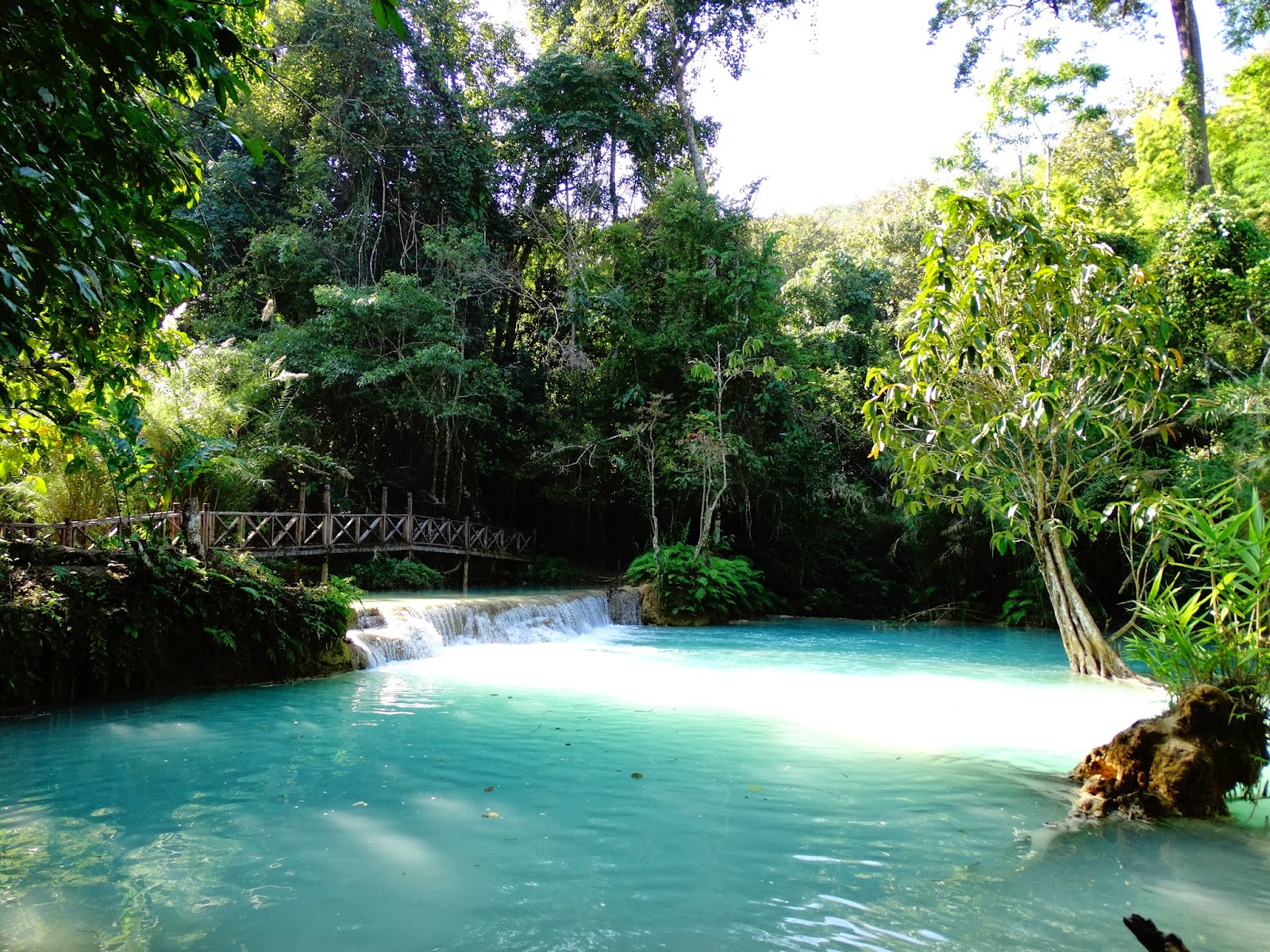 Email ThisBlogThis!Share to TwitterShare to FacebookShare to Pinterest
Labels: Laos