My time in Cambodia and Laos seemed to fly by, and before I knew it it was time for the final stop on my trip: Hong Kong.

Hong Kong was never originally a place I planned on visiting, but after my good friend Jackie left Korea last year to return to her home in Hong Kong, instead of saying goodbye I said "See you in Hong Kong", and since then I had kept Hong Kong in my plans for my winter vacation.

My flight left Phnom Penh bright and early, and I had a short flight to Vietnam where I had a layover for a few hours.  I was slightly tormented by the fact that I was technically in Vietnam, but unable to actually see anything.  I've heard mixed things about Vietnam, which is why it hasn't been at the top of my list, but after traveling around many of the other Southeast Asian countries, it's definitely sitting at the top now. I've met so many people who loved their time there, but just as many who didn't care for it at all--now I'm dying to see it for myself to make up my own opinion.  Maybe someday soon.

While I was at the airport in Vietnam I found the one cafe that had WiFi so I could get in touch with my friend in Hong Kong.  When I finally heard from her she told me it was bad news...she had a work emergency and she had to go to her company's office in mainland China.  She wasn't sure how long it would take to fix the problem, but she hoped it would it be dealt with quickly.

Obviously this was disappointing, but I had been traveling by myself for two and a half weeks by this point, so I knew I could handle a few more days by myself.

Once I got to Hong Kong, I immediately knew I was in a totally different place.  Although I had been to the Hong Kong airport before, it now seemed bigger and more modern than ever after being in several very small airports over the past few weeks.

I easily found where I needed to go to catch the bus to my hotel (because unfortunately leaving SE Asia meant leaving behind the option of taking a tuk-tuk everywhere).  One unique thing about Hong Kong is that double-decker buses are everywhere.  Since Hong Kong was a UK colony for so long, there are lots of signs of British influence throughout the city, with the double-dekcer buses being one of the most noticeable.  When I got on the bus, naturally I went straight up to the top floor because let's get real, when's the next time I'm going to have the chance to do that again?  The bus was super comfortable and even had WiFi--Hong Kong was making a good first impression. 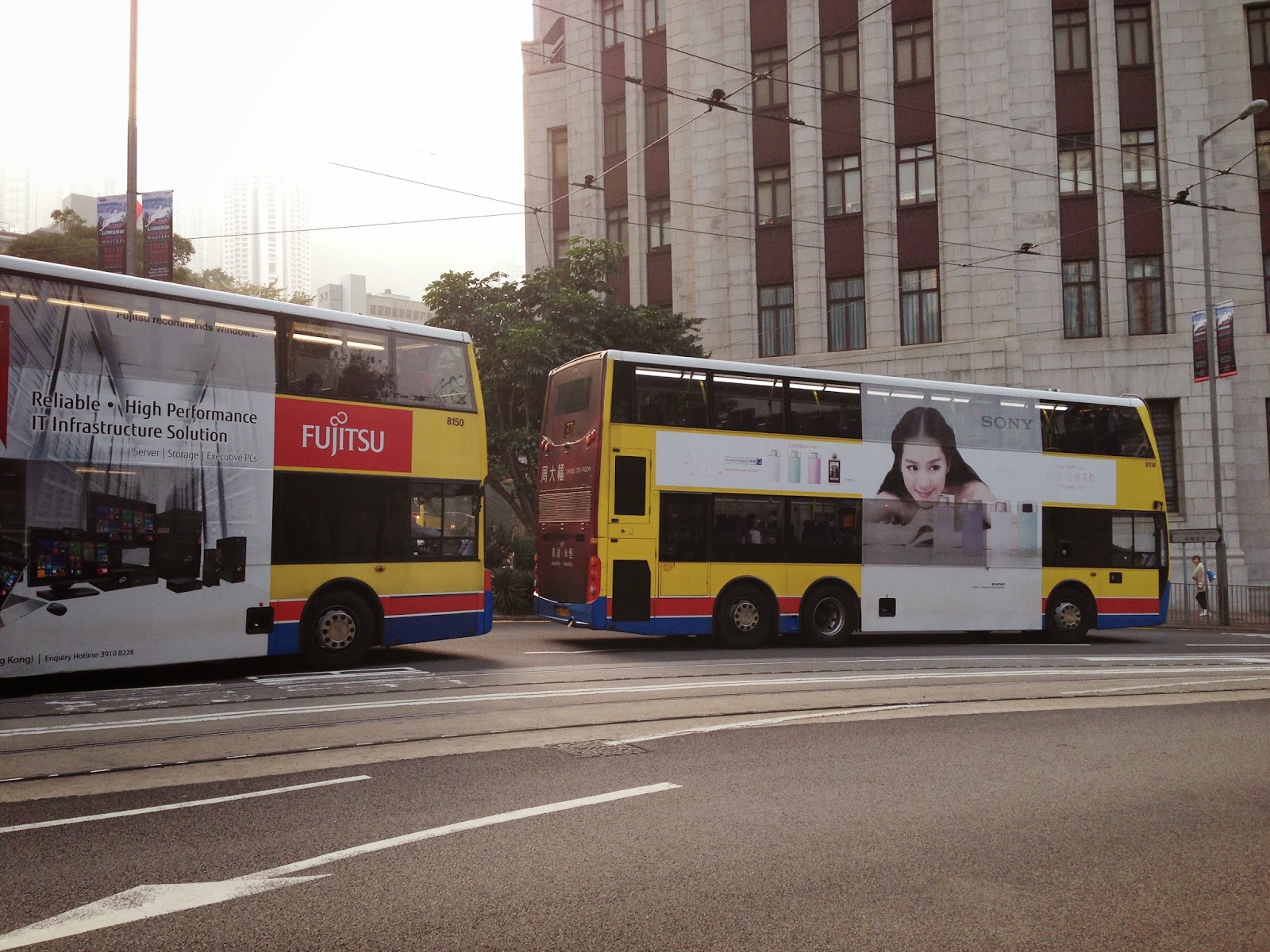 Once I checked in I walked around as I searched for something to eat, which was a bit of a shock to the system because of the number of people on the streets, the bright signs everywhere, and the super tall buildings, 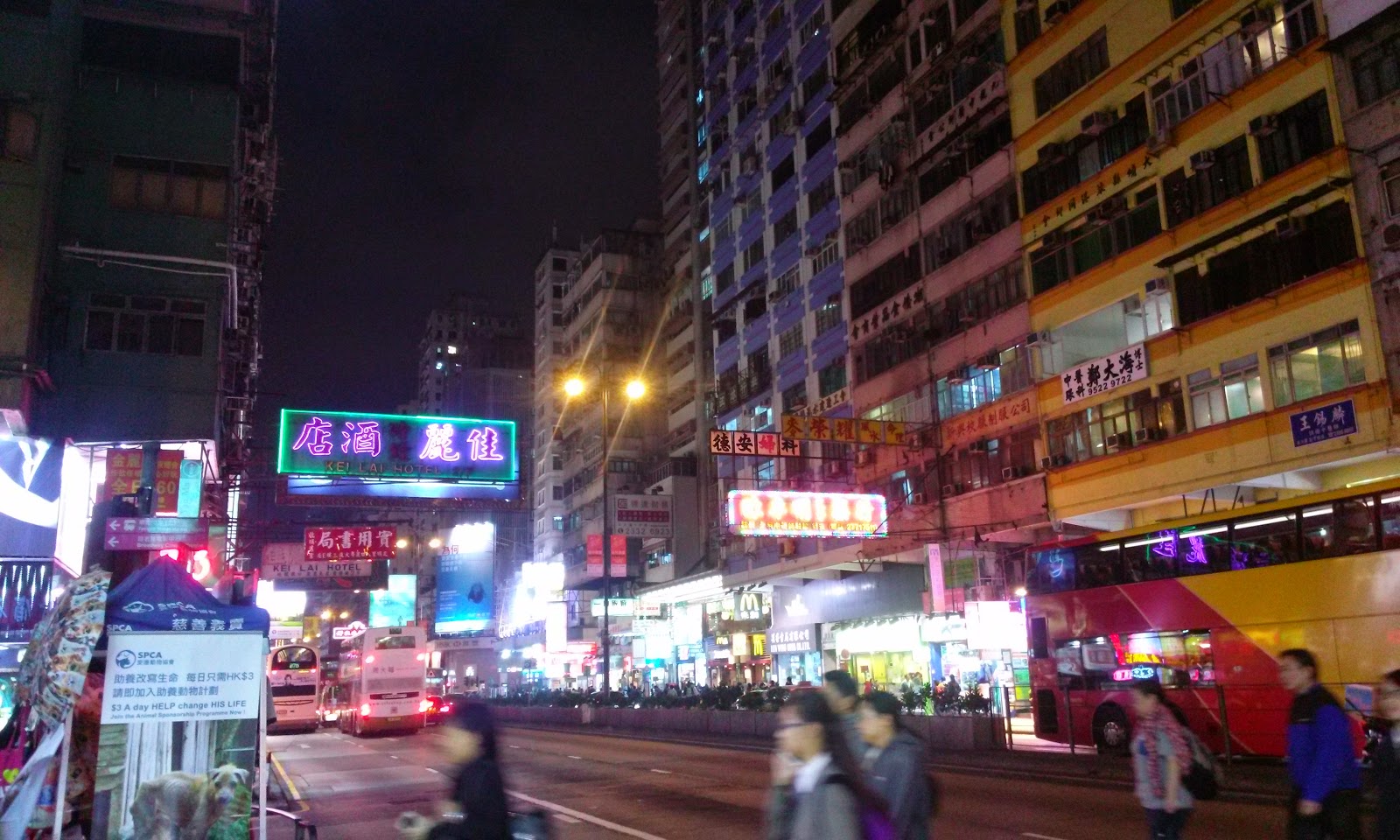 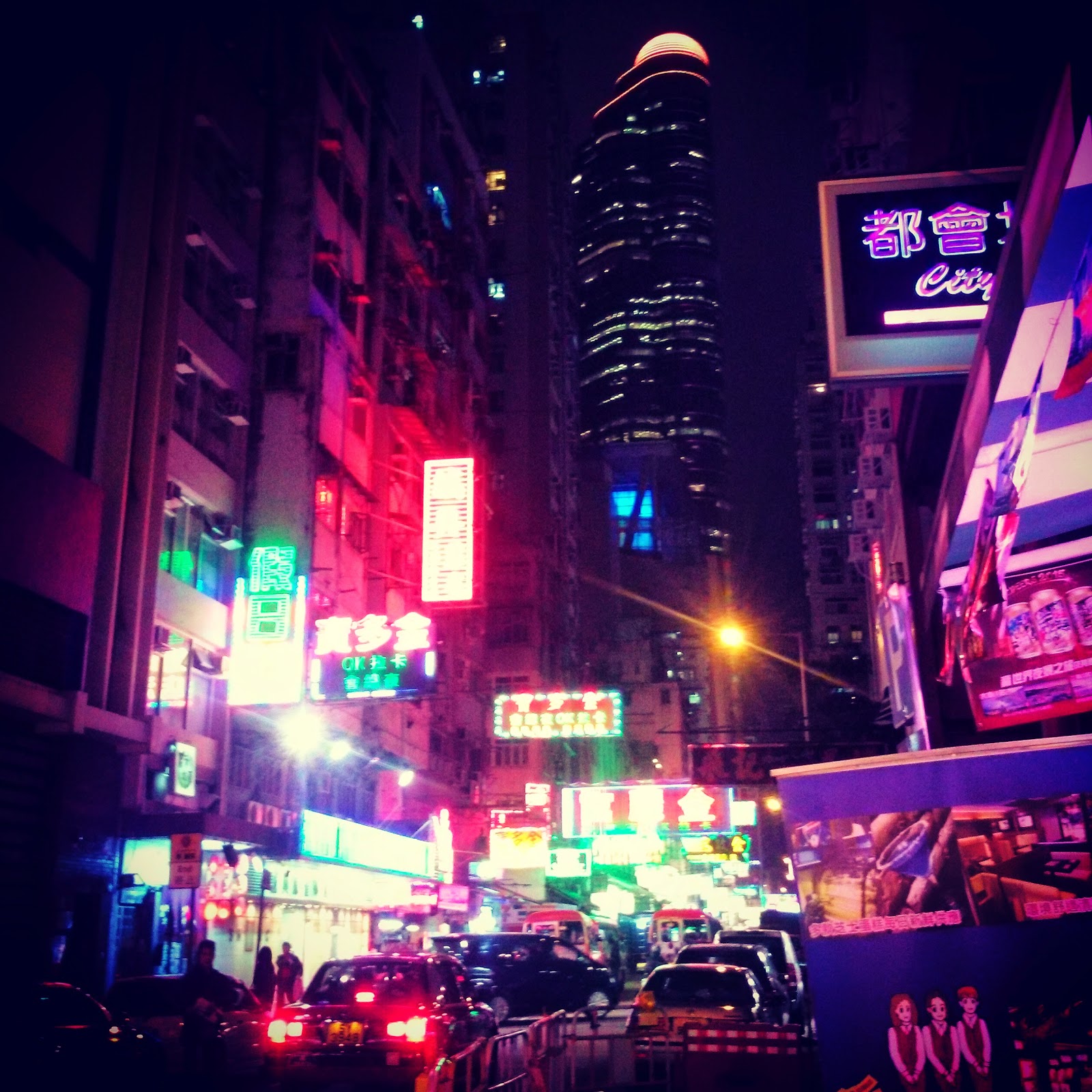 I decided to stay in a hotel during my time in Hong Kong because I figured after two and a half weeks in hostels I would be hosteled out by the end of my trip.  Plus, I thought I would be spending most of my time with Jackie, so I didn't think I needed to be worried about finding people to spend my time with.  I was right that it was really nice to have my own room, although it was easily the smallest hotel room I've ever stayed in, which I guess is to be expected in a city with so many people and so little space.


Even if my room was super tiny, my first night in Hong Kong was easily the best night's sleep I got during my trip.  I let myself sleep in late the next morning before it was time to get out there and explore the city!