Our train from Sapa arrived in Hanoi at 4:30 AM, at which point we were brought back to our hotel. Since we were so early we couldn't get into our room yet, so we stayed in the little dining room area and waited until breakfast started. When our room was ready for us, we went up and took a nap before going out to explore Hanoi.

Our first stop around the city was the Temple of Literature. This temple dates back to 1070 and was a significant spot for Vietnam's scholars throughout the country's history. The temple itself was nice, but it was SUPER hot this day, so it didn't take long for us to start getting a little too uncomfortable. 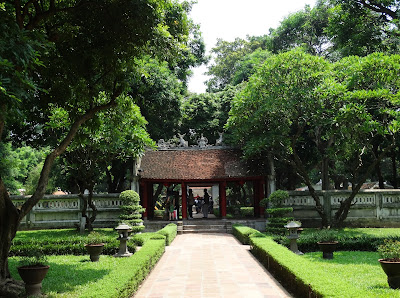 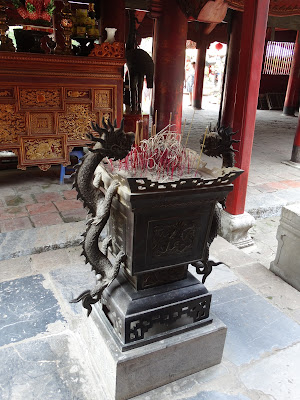 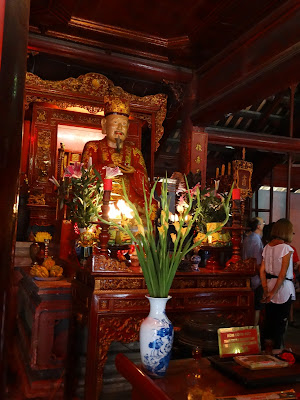 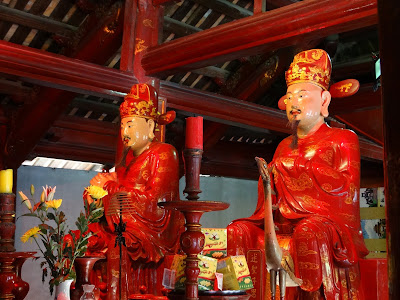 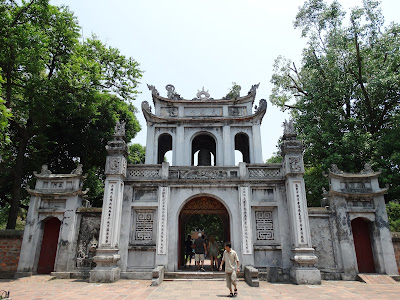 After we finished walking around, we decided to head over to the Ho Chi Minh mausoleum. Although tourists are permitted to enter the mausoleum to see Ho Chi Minh's body, we decided to avoid the long lines and just walk around the outside of the building. I really don't care to see an embalmed dead body anyway--especially when there's a whole city to see. 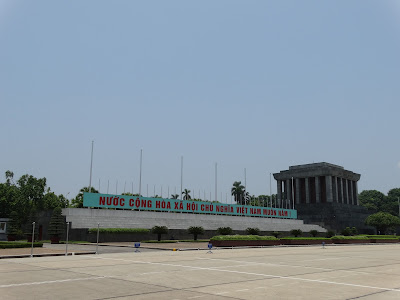 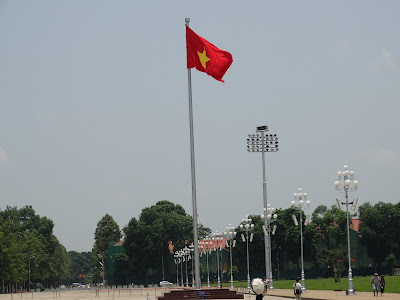 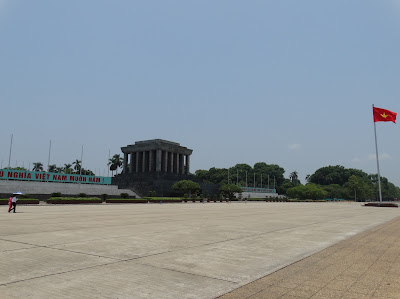 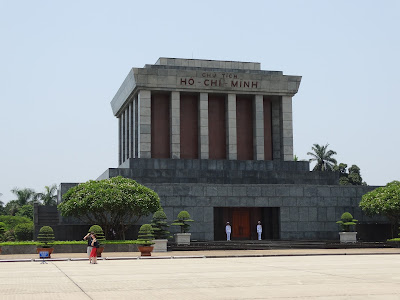 When I went to Beijing one of the things that really struck me was how strange it was to be in a country where a communist leader is idolized. As Americans we are taught from such a young age to value freedom, so when you're in a country with a different system of governance it has an unnatural feeling to it, and I felt this way again a few times during my stay in Vietnam. Ho Chi Minh is everywhere, and he's given a kind of reverence we just don't quite have for our leaders in America.

After finishing our walk around the mausoleum we got in a taxi and made our way to the Hoa Lo Prison. The Hoa Lo Prison was originally used by the French to imprison those who spoke out against French colonization. When most people hear about Vietnam, the first thing that comes to mind is probably the Vietnam War, and sometimes it's easy to forget that there was turmoil in the country long before the war broke out. Colonization had a large impact on Vietnam, and certainly fueled a desire for independence from foreign powers. In fact, many of Vietnam's future communist leaders were held in the Hoa Lo Prison, which ultimately helped give credit to their fight for an independent country.

It was disturbing to see many of the conditions prisoners were kept in in the prison, but the strangest part of the museum was the part about how the prison was used during the Vietnam War. During the Vietnam War, the prison was used to hold American POWs. The museum paints a rosy picture about how well the Americans were treated while being held there. According to the museum, the prisoners were well-fed given all kinds of entertainment, and basically had a great time during their stay in Vietnam. Of course, this is not the case whatsoever, with countless POWs who have shared their stories of abuse about their time in this prison (John McCain being probably the most famous of these prisoners).

I started to feel angry by the end of my time in the museum because it was so blatantly and obviously dishonest. While I did enjoy the museum overall, it was certainly a reminder that history can be told in many ways, and in this communist country the government still holds a firm grasp on the narrative of the war. It was uncomfortable to see how the museum evokes such a a sense of sympathy for the prisoners who suffered under the French, but yet completely glosses over the abuse of the POWs at the hands of the Vietnamese. As an American I have access to all kinds of information for all kinds of points of view, but unfortunately not everyone in the world has this privilege. The flow of information in Vietnam is still heavily restricted as the government seeks to keep control of the narrative of the country's history and the its role in the world.

By the time we finished at the museum the heat had taken its toll on us, so we went back to the hotel to rest for a bit. Later we went back out for some shopping and dinner before deciding to call it a night.

Overall, I really enjoyed my time in the busy city of Hanoi. Before coming to Vietnam I had heard so many mixed things about the country, but I was pleasantly surprised by the amount of hospitality i had experienced in this first part of the trip. In the morning it would be time to part ways with Katelyn and head to the southern part of Vietnam.