After partaking in a few excursions during my first few days in Ho Chi Minh, I spent the remainder of my time seeing the sights within the city. I started out walking in the direction of the main attractions, but naturally I got a little lost (again, not the best feeling when you're a solo female traveler). Luckily, I finally came upon the Notre Dame Cathedral.  This cathedral was built during French colonization and was built using materials imported from France. Unfortunately the church was closed so I couldn't go inside, but I snapped a few shots of the outside. 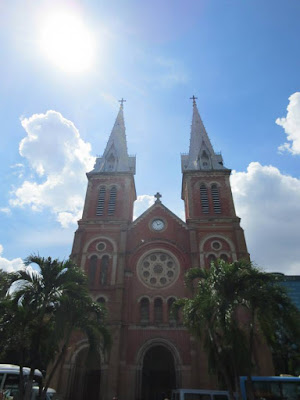 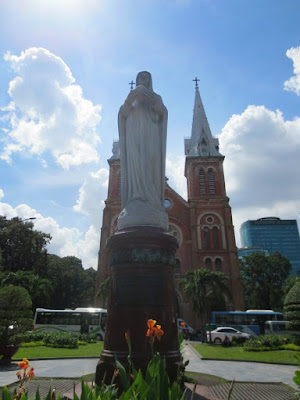 Afterwards I made my way across the street to the Central Post Office, which was also built by the French during colonization. 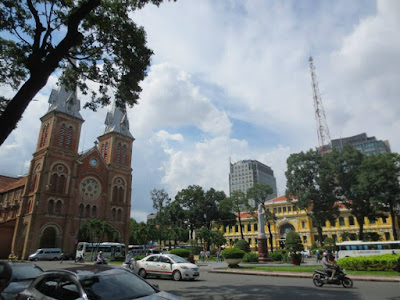 After mailing out a few post cards, I wanted to find the War Remnants Museum, but I stumbled across the Reunification Palace first. This palace, also called Independence Palace, was the home of the South Vietnamese President during the Vietnam War. On April 30, 1975 the North Vietnamese army broke through the gates of the palace and raised the Viet Cong flag from the balcony, officially signaling the defeat of the South Vietnamese.

It was really interesting walking around the Palace, knowing that so many important meetings occurred in the rooms I was in. The entire palace is decorated just as it was then-with a strong 60s and 70s feel. 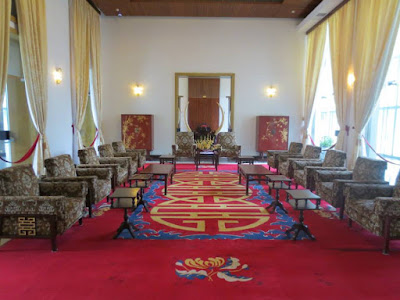 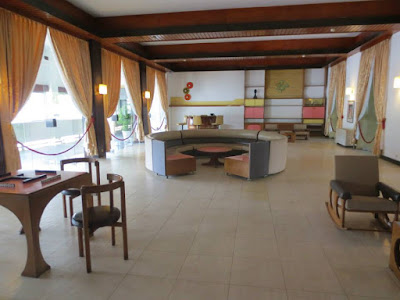 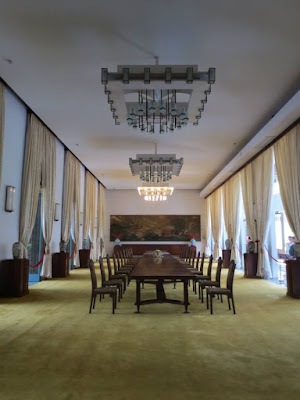 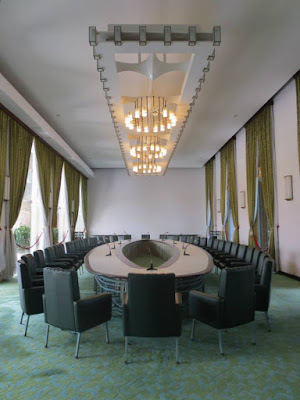 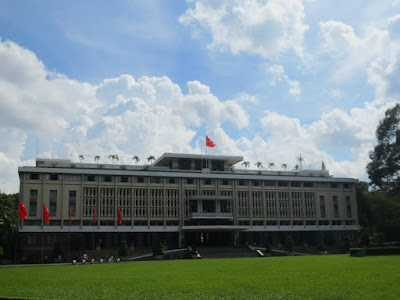 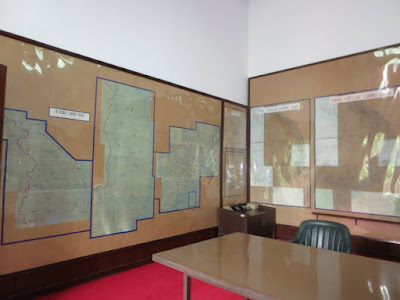 After I finished walking around the palace, I made my way to War Remnants Museum. The museum started off with a collection of pictures about how countries around the world protested the Vietnam War (which is called the American War in Vietnam). This was clearly meant to show that what America did was wrong, and everyone in the world knew it. As I went into the next room I noticed that the strategic placement of an except from the Declaration of Independence:

"We hold these truths to be self-evident, that all men are created equal, that they are endowed by their Creator with certain unalienable rights, that among these are life, liberty and the pursuit of happiness"

This is no-doubt meant to paint Americans as hypocrites, who violated their founding principles by interfering with the independence of Vietnam. 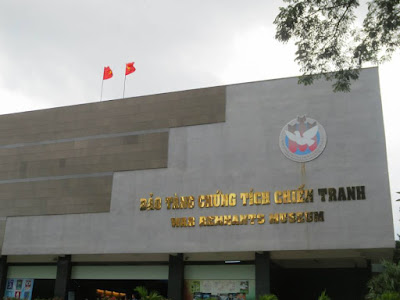 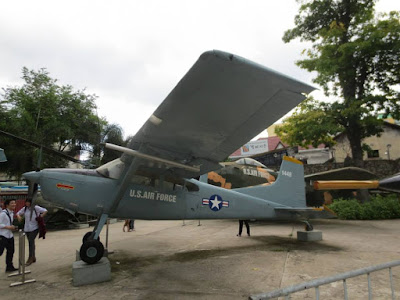 The museum shows countless pictures of Americans killing Vietnamese citizens. The captions often reinforced the idea that Americans were aggressors in this war, while the North Vietnamese were patriots sacrificing for the good of their country.

The pictures of the massacres that occurred during the war was deeply disturbing to see, but I think the part that stayed with me the most was the section that showed the effects of Agent Orange, napalm, and other explosives. These pictures were horrifying-showing that even generations later locals were plagued with serious birth defects due to the chemicals that were in the water supply. I had honestly never seen anything like these pictures-a reminder that the effects of war can linger for generations.

The museum was an emotionally exhausting experience for me. The museum clearly is one-sided, as none of the tactics of the North Vietnamese were ever discussed. However, you are over and over again reminded that the Americans broke all kinds of moral and ethical codes through these acts of aggression. The museum gives off the sense that everyone in Vietnam wanted to be united under communism and America was just the big bully getting in the way, which isn't quite a true narrative.

Although the museum was anything but well-rounded, it was an interesting experience to see things from another perspective, and made me think about the way we tell history. Our patriotism sometimes clouds our ability to tell an honest account of the truth, and the US is certainly not exempt from sometimes promoting a less-than true account of the past. The winners write the history, and it was interesting to see the narrative in Vietnam. Ultimately, the museum was effective in showing the true cost of war, and I think it hit me even harder knowing that there are many more terrible things that weren't shown in the exhibits.

I think what was is also so interesting about the experience of this museum was knowing that the people who lived through this war are around the age of my parents. It was sometimes hard to imagine what the people I met during my travels had lived through in their lifetimes. Vietnam looks nothing like the war-torn country I saw in the pictures at the museum. The locals I met were kind and incredibly helpful to me during my trip, which I think is proof of just how resilient people can be, even in the face of tremendous hardship.

After I finished my time at the museum, I was ready to get back to the hostel, but unfortunately my poor map reading skills and terrible sense of direction caused me to get lost again, and this time it was in the middle of rush hour, which meant motorbikes were buzzing by me on all sides. Apparently sidewalks aren't for walking on during rush hour, instead they are for driving on...even when pedestrians are trying to use them.  You really haven't seen crazy driving until you go to Vietnam.

Once I finally found my way back to the hostel, I decided the last thing I wanted to do was go back out for dinner, so I went to the closest place near me, which just happened to be a Mexican restaurant owned by a man from Maine. Since I was still living in Korea, I didn't mind giving up a chance to eat Vietnamese food if it meant having Mexican because I had been deprived of good Mexican food for far too long at that point. Not a bad end to the day!